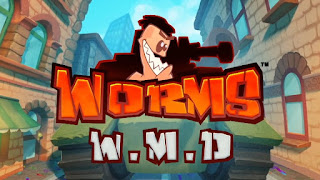 Worms WMD reviewed by Dave Rudden on PlayStation 4. Also available on PC and Xbox One.

Email ThisBlogThis!Share to TwitterShare to FacebookShare to Pinterest
Labels: Worms 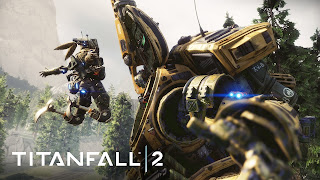 We take a look at Forwardbase Kodai, the newest addition to Titanfall 2's technical test!

Email ThisBlogThis!Share to TwitterShare to FacebookShare to Pinterest
Labels: Titanfall 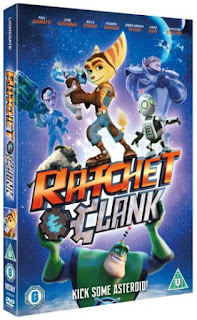 There was a time when the video game mascot was unstoppable, with Mario and Luigi, Sonic The Hedgehog, Crash Bandicoot and Spiro all helping launch individual console systems for Nintendo, Sega and the Sony PlayStation. However, as time marched on and audiences for console games started to move away from cutesy platformers and towards super soldiers with enormous guns, the opportunity for marketable, franchise-launching mascots noticeably started to shrink. Sure, the likes of Banjo & Kazzooie would break through from time to time and Mario is still called upon to launch every new system Nintendo creates, but for many, the platform adventure was a throwback to a bygone age.

Step forward Ratchet the Lombax and Clank the sentient robot who, logically, appeared together in Ratchet & Clank on the PlayStation 2 way back in 2002. This was a game that a) took advantage of the technological leaps and bounds the PS2 made and b) fused the very best of our memories of platform games with our apparent new-found thirst for REALLY BIG guns, creating easily the closest the new generation of gamers have got to a system mascot.
But with nearly 15 years of gaming history behind them and a brand new animated adventure, RATCHET & CLANK (coming to digital download on August 22nd and DVD on August 29th courtesy of Lionsgate Home Entertainment), what better time to get newcomers up to speed with our heroic pair’s illustrious video game history?

Ratchet & Clank – PS2, 2002
The first game in the series introduces us to a planet-bound Lombax called Ratchet (think a biped fox with enormous ears and a talent for engineering) who longs for the stars. Fortunately for him, Clank crashes into his life and sets off a chain of events that see them teaming up to take on the evil Chairman Drek and discover that lifelong hero, Captain Quark, might not be the universe’s saviour everyone assumed him to be...

Ratchet & Clank 2: Locked and Loaded – PS2, 2003
With Locked and Loaded the early promise of the first game nevertheless is delivered upon, with this second instalment introducing hoverboard racing, space battles and upgradeable weapons for the first time as Ratchet and Clank, flushed with the success of their first adventure, agree to attempt to retrieve ‘The Experiment’ for seemingly cuddly CEO, Mr. Abercrombie Fizzwidget

Ratchet & Clank 3:– PS2, 2004
As the weapons became increasingly inventive and downright ridiculous (in the best possible way), the third adventure from our plucky duo also introduced the series’ most identifiable antagonist after the helpful/hindering Captain Quark in the form of Doctor Nefarious. Hell bent on destroying the galaxy, Nefarious wasn’t so unreasonable as to prevent multiplayer options to be dropped into this iteration

Ratchet & Clank: Deadlocked – PS2, 2005
With the fourth instalment of the series, Deadlocked moved away from the platforming/shooting action and concentrated instead on arena-based death matches and was relatively light on canonical story development. Never afraid to change, the franchise took this opportunity to attempt to broaden its gaming limitations, but still keeping the bonkers ideals of the previous titles.

Ratchet & Clank: Size Matters – PSP, 2007
Introducing the PSP to the story, Sony’s first shot at handheld gaming gave our plucky heroes the chance to make their inevitable bow on the portable system. This time around the focus was on the pair having a much-needed vacation ruined by a mysterious quest to rescue a girl called Luna whilst also discovering a race of inventors known as the Technomites.

Ratchet & Clank: Tools Of Destruction – PS3, 2007
A new system saw Ratchet and Clank receive a glossy, hi-def makeover to mark the dawn of the age of Blu-ray and the extra processing power of the PS3. This adventure didn’t tinker with gaming mechanics too much (so, more platforming, even more outlandish guns) but did introduce a new antagonist in the form of Emperor Tachyon who wanted to capture Ratchet and discover the secrets of the Lombax race. Clank gets a lot more to do here, too, encountering the mysterious Zoni, who assist him in complex, time-bending puzzles that break up the platforming action.

Ratchet & Clank: Quest For Booty – PS3, 2008
More a filler than a standalone game, Quest For Booty sees Ratchet in search of Clank who is kidnapped by the Zoni at the end of the previous game. Mistakenly believing that the evil Doctor Nefarious (him again) can repair Clank’s malfunctions, it’s down to Ratchet to save the day.

Ratchet & Clank: A Crack In Time – PS3, 2009
With Nefarious back as a full-blown threat, this entry into the series sees Clank attempt to repair The Great Clock while Ratchet continues to try and locate and rescue his friend. Oh, and save the galaxy along the way...

Ratchet & Clank: Into The Nexus – PS3, 2013
The final game in the initial series run, Into The Nexus sees the pair aboard a prison ship where they are given the task of delivering a dangerous prisoner to the Vartax Detention Centre. When said prisoner is rescued by her twin sister, with Ratchet’s friends paying the ultimate price in the process, he and Clank begin a chase through the galaxy in a quest for vengeance.

Ratchet & Clank – PS4 2016
Aaand full circle... Perfectly timed as the game of the film of the game (keep up), Ratchet and Clank’s first adventure on the superb PS4 sees their origin story retrofitted to the plot of the film you’ll soon be able to enjoy on digital platforms and DVD. Teaming up with the Galactic Rangers, Ratchet and pal Clank must put paid to Chairman Drek and Doctor Nefarious’s despotic plans for the universe, whilst also outing the cowardly Captain Quark for the fraud that he is.

Ratchet & Clank is available on digital platforms from August 22nd and on DVD from August 29th, courtesy of Lionsgate Home Entertainment