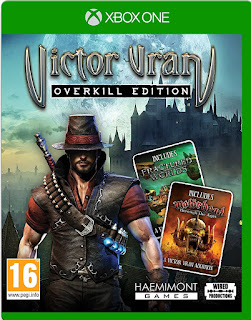 Victor Vran is coming to Xbox One, originally a PC game, console owners get this new "Overkill Edition" which is basically the original game with a few tweaks as well as two expansion packs.

Redefine how you play at any moment, even in the heat of battle. Modify your demon slaying loadout as you dodge deadly attacks, leap from towering locations and take on hordes of hideous beasts and cunning boss monsters. Fedora or no fedora, you decide! Slaying demons doesn't have to be a lonely affair - Form a pack and find even greater strength in numbers, to explore the story of the dark world together."

I have had the game about a week, and have played about 13 hours and reached Level 27 with my character, to give you an idea of how far into the game I reached.

Now I never played the original PC game (75 on Metacritic.), so I am coming at this as a complete newbie, with little knowledge of the game, and I am not a big fan of these isometric action-RPG games. However it is hard for me to say that I disliked anything in the game, it did take me a while to figure out all the mechanics of the character, but this comes with time, that or you read the manual.

You have two slots on your character for weapons, of which there are things like Swords, Guns, Lasers and Hammers to be assigned, then there are demon powers, which you can activate once filling up an on screen bar that fills as you hit people with your weapons. There also your usual items like health potions and bombs that you can use mid battle.

One major thing about this game I did like is that on each level you have various challenges you need to complete. These are mainly optional, but with 200 in total to get, that means plenty of replay potential as you go back to get them all. From finding secret chests, to killing certain enemies within a time limit, there is plenty to come back and do once you have completed the game, or even if you get stuck, to just go back and try to build up your character so that you can beat that annoying boss you just cant seem to beat.

There is a Casual Mode (for people who prefer story) or a Normal Mode. These can be switched at any time, although some of the challenges are dependent on being on Normal Mode. It is worth noting though that Casual Mode is no walk over, and you will still find that you are easily killed if not prepared, so don't think you will just zoom through the whole game.

One thing that did annoy me is that there are a few bugs in this game, a few frame rate issues, which really shouldn't be a factor in 2017 and on what is a very powerful console, but the biggest bug and one that I really hope they fix before release date (June 6, 2017) is that sometimes the game will just freeze, the camera can still be moved about, I have uploaded a video below so you can see exactly what I mean.


Now this is frustrating as hell, especially in the middle of a big boss battle as you can see I was on in the video above. The only way to fix this was to quit the game completely, and restart it fresh, then it played ok. This happened to me about 5 times, and I can only hope they are aware of it and are working on a fix, since I've had this pre-release review copy, there has been one forced update, lets hope they get this sorted before the mass roll out, or else the various gaming forums will be full of people complaining.

Back to the game, and it is incredibly satisfying killing multiple enemies at once with big moves, or demon powers, although things can get a little bit repetitive at times, and some levels seem quite similar.

The graphics are beautiful however, they remind me of some of the older Final Fantasy games. 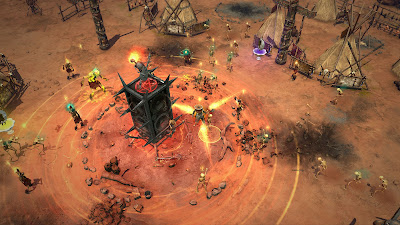 The voice over narrator can be a bit annoying, as they are trying to be funny with him but I found an easy solution to that, its called the mute button.

The game will cost you roughly £30 on both Xbox One and PS4 and you can purchase from the links below if you so choose.

On the PC the original game won many awards. Will it also win awards on the XBOX? That I don't know.
Personally I enjoyed the game, and knowing that any bugs will soon be fixed I am sure, this is definitely a game I could see myself coming back to time and time again just to complete all of the challenges.

I would give this game a strong 8/10 on the Gaming Couch Potato score board.

Even if you are not a fan of this type of game usually, give it a try, you might be pleasantly surprised. 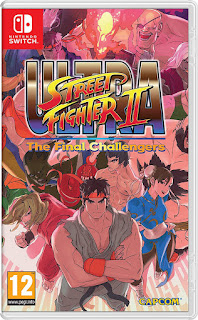 Whether you’re a seasoned veteran or humble beginner, this video will teach you some useful tactics that’ll give you the edge in battle! Ultra Street Fighter II: The Final Challengers is Available Now on Nintendo Switch! 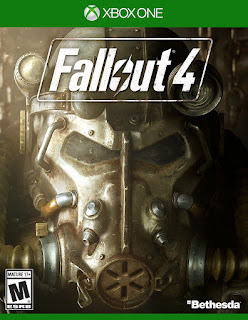 This weekend you can explore everything a post-nuclear Boston has to offer with the first-ever Fallout 4 Free Weekend. From May 25 to 28, Xbox Live Gold Members and Steam users will be able to play all of Fallout 4's base content and try out Mods for free.
In tandem, Xbox Live will offer savings for Fallout 4's base game and Season Pass, with discounts up to 67% off.

Email ThisBlogThis!Share to TwitterShare to FacebookShare to Pinterest
Labels: Fallout 4

Watford, U.K. — May 24, 2017 — In partnership with developer LKA.it, leading independent games publisher Wired Productions is thrilled to confirm today that it has teamed up with London South Bank University to unveil a new website which explores, through a series of stunning imagery and video footage, the real location that inspired The Town of Light video game. 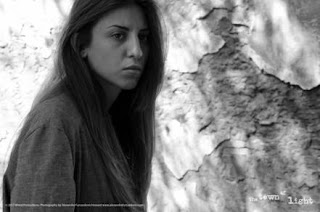 Set within the sleepy Tuscan village of Volterra against picture-perfect, rolling countryside, the ramshackle remains of the asylum have been expertly captured through a series of breathtaking photographs and videos – all available to view on this specially created website, link below:

The website, produced in association with the game, has been specifically created as a companion guide for urban explorers and fans of the game alike. Allowing visitors uncompromising access to many of the asylum’s most inaccessible nooks and crannies including the Charcot pavilion, in which The Town of Light finds its setting. This digital exhibit provides a thrilling, often jaw-dropping accompaniment to the player’s in-game experiences. 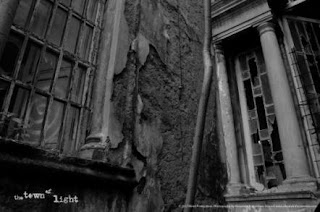 Leo Zullo, Wired Productions, said: “It’s incredibly important to develop the next wave of young talent and give opportunity to creative minds. This is something very close to us and we’re delighted to support.”

Ricardo Domizio, Film Studies Course Director at London South Bank University, said: “This was a fantastic opportunity for Alexandra to build on what she is learning at LSBU in terms of theory and practice. Her knowledge of film, combined with her practical expertise is exactly what adds value in working for a company like Wired Productions. Getting out into the field is something that is highly encouraged at LSBU and no doubt this will be a great launch pad for greater things for Alexandra. We are very proud of her achievement.”

In the Town of Light, players explore the Ospedale Psichiatrico di Volterra through the fictional eyes of Renée, a 16-year-old girl suffering from the symptoms of mental illness, players must search for answers to the many questions of her past while exploring and uncovering the place where she spent most of her youth. What happens next is a dark and emotional journey where the lines of interactive entertainment, storytelling and reality frequently tend to blur.

Developed by LKA.it and co-published with Wired Productions, The Town of Light is headed to PlayStation®4, Xbox One, and Windows PC in physical and digital formats on June 6, 2017 for SRP £15.99/€19.99/$19.99. Existing owners of the digital Windows PC version will receive an update and acquire this enhanced release free of charge. The Town of Light has been rated PEGI 18.

Email ThisBlogThis!Share to TwitterShare to FacebookShare to Pinterest
Labels: The Town of Light

The gravity-defying LawBreakers is coming to PlayStation 4! Take a look at the latest trailer.

Take a look at this team deathmatch gameplay of Dreadnought on the Playstation 4.

Email ThisBlogThis!Share to TwitterShare to FacebookShare to Pinterest
Labels: Dreadnought 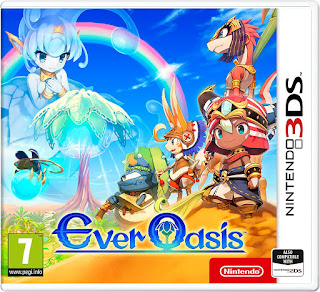 A new action adventure RPG from Nintendo and Grezzo. As the chief of the last oasis in the world, embark on a unique adventure filled with dungeon exploration, puzzle solving and oasis management.