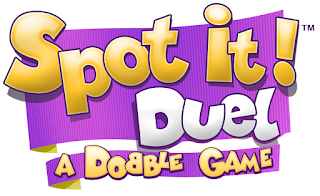 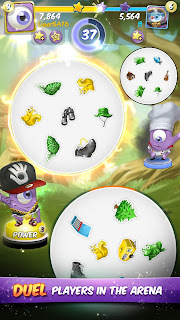 Paris, France, September 21, 2017 – Asmodee Digital, a leader in digital board game entertainment, is today thrilled to announce that its hugely popular symbol matching game, Spot It! Duel – A Dobble game, has hit the magic million downloads!

Available on iOS and Android devices, Asmodee Digital today released a new update boasting an all-new reward system that adds even more to the already compelling gameplay. With more content and updates planned, head to the App Store or Google Play now to download Spot It! Duel – A Dobble game; one of this summer’s most popular games.


Daily Challenges allow players to gain greater rewards than ever before, but you’d better hurry! Everyday a new set of challenges will appear for players with a 24-hour window to complete them and claim a prize.

In its latest update, Spot It” Duel - A Dobble game implements a new reward system where players collect keys during each game; the more keys gained, the more chests can be opened! Even if you don’t win the game, keys are exchanged for in-game points which can be accumulated and redeemed. Earned by creating combos in each game, rewards include Dobble cards, bonus cards, in-game currency, energy boosts and more.

Leave the cards at home and take the experience anywhere. Spot It” Duel - A Dobble game is the latest addition to Asmodee Digital’s ever-growing line-up of premium tabletop - video game translations. 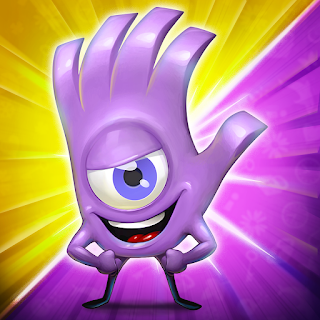 About Asmodee
Founded in 1995 in France and with offices in 7 countries including England, China and the United States, Asmodee is a publisher and distributor of popular board and card games like 7 Wonders, Jungle Speed ​​and Dobble. With six studios publishing and distributing games in more than 44 countries, Asmodee sells more than 35 million games per year. Asmodee’s reputation for delivering strategically challenging games with attractive design, has earned the company unfailing loyalty from fans, families, hard core players and also casual gamers.
Posted by JD at 14:51

Email ThisBlogThis!Share to TwitterShare to FacebookShare to Pinterest
Labels: Spot It! Duel