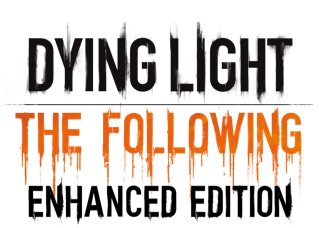 October 16th, 2017 – Wroclaw, Poland / Techland, a leading developer and publisher of video games, has today announced the arrival of the introductory and the first content packs for PlayStation 4, Xbox One and PC, which are a part of the series of free content drops for players, called 10-IN-12 (ten packs in twelve months).

Following its arrival on PC back in July, PS4 and Xbox One owners can now get hold of Content Drop #0, which includes a new human enemy special forces unit – a heavily-armed new faction set to cause havoc in Old Town; a new ‘Harran Military Rifle available exclusively at Gemly.com; a new Mutated Goon Zombie; and a new ‘‘Hunted” player outfit.

Now Content Drop #1 adds three truly unique weapons: the Last Wish revolver, the Kuai dagger and the Fenris axe. Launching simultaneously across PC, PlayStation 4 and Xbox One, each one of these lethal inventions has its own exclusive feature that will increase your chances of survival in the quarantine zone a bit. But first the players will have to test their skills as these three weapons are rewards for completing the new special bounties. In addition to that, Gemly.com will provide the usual exclusive set of content that will be activated throughout the week, including the “Ye Old Trusty” wrench.*

Drop #0 and Drop #1 are the first two content packs with Techland set to release nine more over the coming months. Not only that, as players and fans are encouraged to share their ideas and suggest what goes into future content drops.

Dying Light: The Following - Enhanced Edition is now on sale - visit gemly.com for more details about all ongoing sales.