Spot It! Duel - Major Gameplay Improvements And Features In Latest Update of iOS and Android Hit 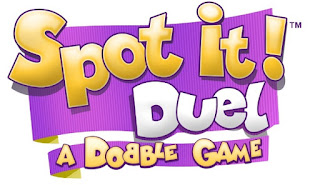 PARIS - October 25, 2017 – Asmodee Digital, a leader in digital board game entertainment, is today pleased to announce that its ultra-popular symbol matching game, Spot It! Duel – A Dobble game, has received a major gameplay update.

Available to play now on iOS and Android devices, Asmodee Digital today released a new update featuring, amongst other things, a more fluid approach to gameplay, a rework of the Dobble Profile, and new ‘Match Power’ and ‘Stars’ systems. 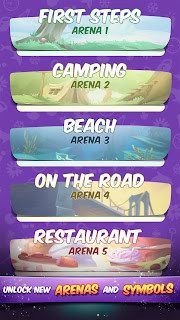 Key to the latest update of Spot It” Duel - A Dobble game is the focus on making arena matches more free-flowing and dynamic. This has been made possible in two ways. First, by replacing animations which were taking too much time to finish, the action now flows in a more seamless manner. Second, by adding new visual clues players will intuitively improve how they perform in each match. The overall outcome is a series of matches that feel snappier, play more seamlessly and add a deeper layer of satisfaction as you progress.

Each Dobble Profile has been reworked to now include a more simplified description pop-up in favour a short video/GIF highlighting its unique power.

The Match Power system is a special new value affiliated with each Dobble. Match Power is essentially the score achieved when you match a pair of two symbols (the smallest match that can be achieved). Crucially, as you level up your dobble this number evolves, which serves as a great comparison point to ascertain which of your Dabbles is strongest.

Finally, the new Stars System positioned above the Dobble’s pop-up image instantly highlights to players how rare and powerful a Dobble is. These stars will evolve as you level up your dobble and stands as a great way to compare your dobbles, too!

More content and updates are planned, so head to the App Store or Google Play now to download Spot It! Duel – A Dobble game; one of this summer’s most popular games.

Leave the cards at home and take the experience anywhere. Spot It” Duel - A Dobble game is the latest addition to Asmodee Digital’s ever-growing line-up of premium tabletop - video game translations. 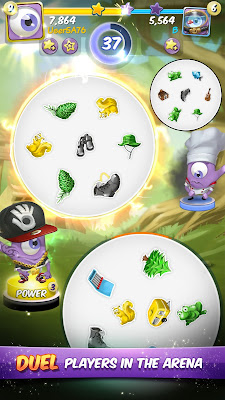 Email ThisBlogThis!Share to TwitterShare to FacebookShare to Pinterest
Labels: Spot It! Duel