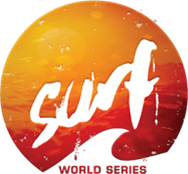 Watford, United Kingdom, October 26th, 2017: Wired Productions, an independent videogames publisher and developer, and Vision Games Publishing are pleased to confirm that the lull is nearly over. Surf World Series is arriving globally at physical retail with an SRP of £15.99/€19.99/$19.99, November 10th.

Ride monster waves at 5 of the world’s most iconic shorelines, from the infamous Bell’s Beach, Australia, to the extreme waves at Waimea Bay, Hawaii

Become a master, learning increasingly difficult tricks along the way, from nailing kickflips and cutbacks to landing massive aerials and navigating treacherous tubes

Trick your way through 44 single player challenges, or carve up the competition online against 15 other players across 3 different online game modes

Perform surfing’s most intense tricks, including the Superman, Sushi Roll and many more!

Design your own signature surfer with 6 playable characters plus rank up to unlock thousands of customizations to define your own unique style.