This Halloween Propel Yourself into Dying Light’s Super-Crane Event 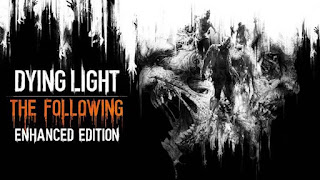 The Super-Crane event, which is happening in tandem with the launch of Content Drop #1, encourages players to unleash their spider-like skills. For this limited period only, the grappling hook will allow players to swing between buildings without the handicap of a cooldown period, increase the grappling range, and pull enemies in for easier finishers.

During Halloween, the community has been given the challenge of attaining a global kill target of 10,000,000 enemies – with fall damage – to win a Bounty Skin Pack, with the added individual player incentive of catching 5,000 enemies using the grappling hook for a Gold Tier weapon!

For gamers wanting to get involved with the carnage for the first time, there are Steam and Gemly sales of up to 60% off. There will also be sales for the console version of the game. Additionally, the players can unlock a free new set of items at Gemly.com -- the Halloween-themed The Nightmare Pack contains an exclusive shotgun skin - Rusty Spine, a new poison weapon - the Candycutter sickle, and a third item that will be unveiled this Monday.

Players are encouraged to share their best Super-Crane actions & moves on the Dying Light and Gemly social media channels. A special community video will be made from the best ones.