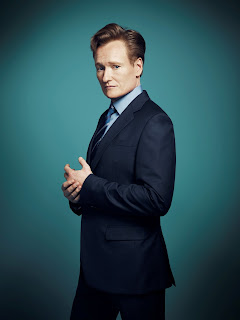 November 9, 2017 (Seoul, South Korea): Netmarble, the fastest growing mobile game company in Asia, has partnered with late night host Conan O’Brien to create digital entertainment content for the company’s upcoming MMORPG, Lineage 2: Revolution. The popular celebrity joined Netmarble onstage at TwitchCon 2017 in October to announce the game’s November 15, 2017 launch date and to help debut the company’s ‘30 vs. 30 Fortress Siege’ battle featuring top streamers from across the world. The event drew more than 1.2 million viewers on Twitch, shattering records and garnering lots of interest from gamers around the world. Conan will now partner with Netmarble in a two-part comedic video series for Lineage 2: Revolution leading up to its November 15th, 2017 launch.

Conan O’Brien, whose regular “Clueless Gamer” videos draw millions of viewers both on-air and online, will collaborate with Netmarble on the two-part series, which will appear online around the time of Lineage 2: Revolution’s mid-November launch. In the videos, Conan will be seen doing his part to usher in the next wave of mobile gaming, and another using Lineage 2: Revolution as a way to de-stress from his taxing life as a Hollywood celebrity. In addition, a bonus ‘behind-the-scenes’ video interview with Conan will go live the same day for fans to enjoy.

More than 1.5 million players around the world have already pre-registered for Lineage 2: Revolution. This follows the game’s incredible, ground-breaking success in Korea and Japan, where it launched late last year and earlier this summer respectively. The game will be released for iOS and Android devices in the Western markets on November 15, 2017.

Lineage 2: Revolution is a free-to-play mobile MMORPG (Massively Multiplayer Online Role-Playing Game) based on the popular PC online IP “Lineage.” While game retains much of its PC roots with a stunning open world, unmatched PvP raid content, castle sieges, exciting customizable characters and in-depth classes, Netmarble’s newest title is in its own new class of mobile entertainment. Lineage 2: Revolution, developed using Unreal Engine 4, is unrivalled in graphic quality and technical ability, able to pitch 30 versus 30 players real-time around the world in Fortress Sieges at launch. With quests, upgradable equipment, amazing mounts and armour to strive for, and an open persistent world to explore, Netmarble Lineage 2: Revolution is the next generation of MMORPG, and it’s available November 15th, 2017.

To learn more about Lineage 2: Revolution and pre-register until November 14th for free exclusive rewards, visit the official website at http://l2.netmarble.com 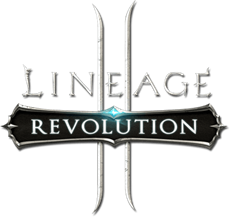 Email ThisBlogThis!Share to TwitterShare to FacebookShare to Pinterest
Labels: Lineage 2