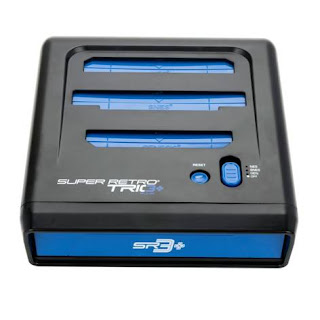 Forget Emulation, Play Genuine NES®, SNES® and MegaDrive Cartridges, the Way They Were Meant to be Played and in Glorious HD!

Available for pre-order today with shipping scheduled for December this year the Super Retro® Trio Plus features a simple region switch, bringing compatibility with genuine cartridges from NTSC/PF/NJ and, for the first time, PAL regions. This will allow players to enjoy their collection of PAL cartridges all over again, but this time via HDMI® on modern TV’s and in razer-sharp HD resolution.

Distributed throughout Europe by Game Outlet Europe (GOE Distribution), and in the UK via PQube®, the Super Retro® Trio Plus comes complete with two high-quality controllers, inspired by classic consoles and featuring no fewer than six controller ports, fully compatible with original 1st party and 3rd party controllers for all three console formats.

“Retro-Bit® has established itself as leader in retro hardware, amassing a loyal following amongst the community thanks to their unrivalled consoles, delivering superb compatibility, value for money and crisp HD images. We’re delighted that retro fans across Europe now have a console of their own to enjoy their collection of PAL cartridges,” said Ali Manzuri, Product Development Manager for Game Outlet. “The recent popularity of re-released classic consoles is positive proof of the enormous desire there is to enjoy retro entertainment, but these consoles come with a limited selection of emulated titles to enjoy. The Super Retro® Trio Plus opens up the ability to enjoy thousands of titles on modern displays and we think it will prove extremely popular across Europe this holiday season and beyond.”

The Super Retro® Trio Plus is available for pre-order today at Amazon.co.uk and from other leading retailers upon release this December 2017. 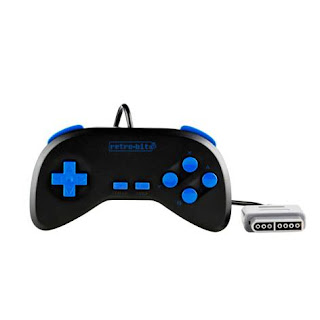