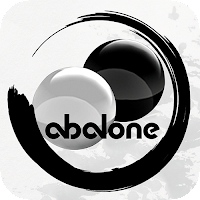 PARIS - December. 6, 2017 - Asmodee Digital today announced the launch of a major update to Abalone, an abstract, two-player marble game loosely inspired by sumo wrestling. In Abalone, players are challenged to push six of their opponent’s 14 marbles off the edge of the board. Only a longer line of marbles can push a shorter one, and with six sides flanking each game piece, players will have to toe the delicate line between defensive and offensive play to come out on top. The new version of Abalone is available now on iOS, Android and Steam for Windows PC.

Get a glimpse of the new version of Abalone in the launch trailer here:


Players seeking a challenge can face off against other Abalone masters in online multiplayer, and for those who prefer to maintain the more tactile, personal feel of face-to-face tabletop gaming, Abalone provides a local pass-and-play multiplayer mode.

• Solo:
- Three levels of difficulty against the AI (Easy, Medium, Hard)
- Solo campaign with unique challenges
- Game mode lets you create your own game, your own rules, and place the first marbles 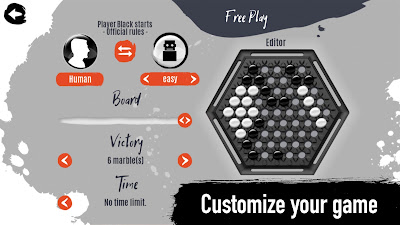 Email ThisBlogThis!Share to TwitterShare to FacebookShare to Pinterest
Labels: Abalone