This couldn’t be more devastating for the characters on the Talisman: Digital Edition board. The Harbinger is the bearer of an ancient prophecy who has arrived to foretell the end of the world.

This new expansion rains fire down from the sky, the ocean envelops the land and the darkness breeds demons, whilst the undead rise from their graves. 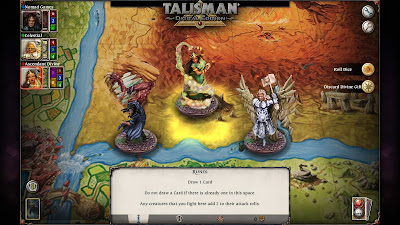 Utter annihilation is imminent, and so this is not for the faint hearted. Choose your character carefully, as only the bravest and most skilful will survive, providing your luck prevails … this is Talisman after all!

The newest expansion for Talisman: Digital Edition is available on Steam, iOS and Android. There are a host of new adventure cards, spells and terrain cards, as well as 32 Omen cards, two alternative endings and three new characters.

“We’re really pleased to launch the Harbinger, our first expansion in partnership with Asmodee Digital,” said Don Whiteford, MD Nomad Games.” This is the third major Talisman: Digital Edition expansion to be released this year and we know fans won’t be disappointed with the catastrophic twists the Harbinger brings. So, shut yourself in this Christmas and prepare to face the end of the world!” 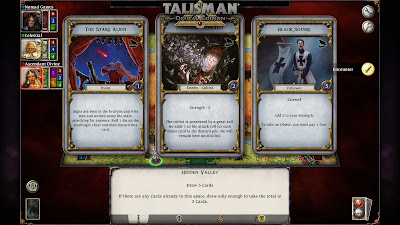 Email ThisBlogThis!Share to TwitterShare to FacebookShare to Pinterest
Labels: Talisman