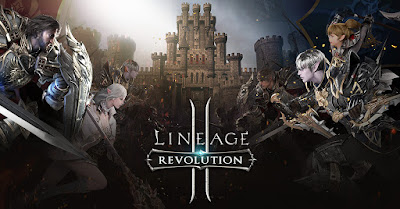 New Year Letter Collection Event - By completing various in-game contents, players can collect alphabet letters which could then be made into letter combinations that make certain words. Six letter combinations include HAPPY, NEW, YEAR, RUDOLPH, HOLIDAY and SANTACLAUS. For example, if players collect 5 letters, ‘H’, ‘A’, ‘P’, ‘P’, ‘Y’ that forms the word “HAPPY,” players can exchange them for rewards. Letter combinations and its corresponding rewards are outlined below:

Additionally, if all Christmas badges are acquired, players will receive ‘Holiday Gift Stocking’ as a reward, which contains all the rewards included in the New Year Letter Collection Event (equivalent to collecting ALL letter combinations).

“With these in-game events, our goal is to provide some new and different in-game content for players to enjoy over the holidays,” said Netmarble’s Chief Global Officer Seungwon Lee. “We’ve been seeing a great response since launch, and are excited to see how the community interacts with these two events.”

For more information on Lineage 2: Revolution, please visit the website at http://l2.netmarble.com

Email ThisBlogThis!Share to TwitterShare to FacebookShare to Pinterest
Labels: Lineage 2