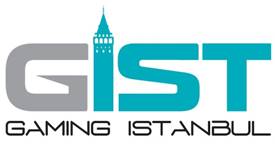 Istanbul, Turkey – 3rd January 2018: Gaming Istanbul 2018 is almost sold out, and set for the third successful edition of the fastest growing B2B and B2C gaming event in Turkey from February 1st through 4th, for which GL Events revealed more highlights and details today.

These include free space for over 30 indie developers from around the world, Iranian, Chinese, French and Taiwan country booths as well as further expanding the B2B and eSports areas.

Since the foundation of GIST, the event it has succeeded in creating the gaming bridge of EuroAsia. The pooling of all important MENA markets, which offer huge potential, is a unique opportunity for networking and business development. Following the success B2B area in 2017, GL Events has increased space for the 2018 event, offering more participants the chance to network, build relationships and expand their connections more efficiently than ever before.

While the  B2B program of GIST grows, the consumer has been a runaway success, as the consumer area is also sold out. The rising demand confirms GL Event’s confidence in the event, expecting up to 35% more visitors this year. Consumers can look forward to storming the booths of the numerous AAA publishers on site like Activision Blizzard, Ubisoft, Sony, Microsoft and more, including Pearl Abyss, presenting its popular online MMORPG Black Desert Online to coincide with its launch in the MENA region. The fun doesn’t stop with the big hitters, as gamers discover new gems in the Indie area, where over 30 indie developers from around the world have been awarded complimentary space to showcase some of the most original and revolutionary independent content from across the globe.

Further details about Turkey’s fastest growing gaming event can be found on the official website.
http://www.gamingistanbul.com/en/