Pirate Sail into the Sunset as 13-Year RuneScape Questline Concludes 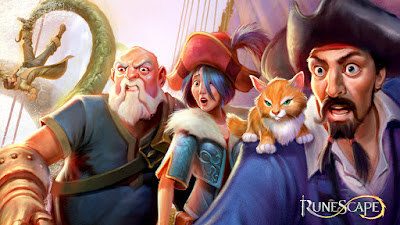 Tuesday 20th March 2018, Cambridge, UK – RuneScape returns to the high seas today, launching Pieces of Hate, the epic finale to one of the MMORPG’s longest running stories. The concluding voyage of the 13-year old pirate quest series challenges players as they dive into the depths of underwater expeditions, conquer sea monsters, and battle zombie pirates, and is released just two weeks after RuneScape introduced deep-sea fishing into the game for the first time.

In addition to tying up the loose ends of the pirates’ tale, Pieces of Hate contributes to the foundations of RuneScape’s next five years of rich narratives and immersive adventures. The new quest invites skilled players to plunder its riches, including an upgrade to the Book o’Piracy, which allows players to teleport across various locations throughout Gielinor and can be recharged using rum (of course!).

RuneScape has also made sure players have a whale of a time with the launch of deep-sea fishing, an all-new offshore hub to the game. Available to adventurers with at least level 68 Fishing, players can cast their nets and catch a whole variety of surprises, from jellyfish to great whites, and reel in that fishing XP to gain extra rewards. Only the bravest of buccaneers who dare travel farther out to sea will bag the most valuable loot, but they will also face the greatest dangers. 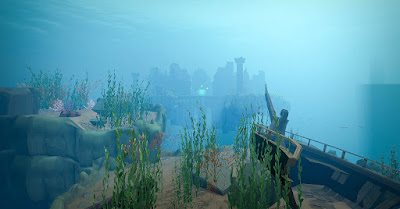 Dave Osborne, Lead Designer, RuneScape, said:
“It’s really astonishing to have reached the end of the pirates’ tale after 13 years, so we’re thrilled that our players can experience the concluding events in Pieces of Hate. The team has worked hard to deliver an exciting end to the story, especially to those waiting since 2005, and we can’t wait to build on it as part of our narrative arcs for the next five years. The recent launch of deep-sea fishing has already enticed the greatest fishers from across Gielinor to experience the new activity hub; it’s a great way to level up the skill and it’s so rewarding to see our players agree!” 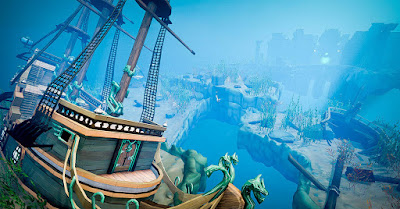 Email ThisBlogThis!Share to TwitterShare to FacebookShare to Pinterest
Labels: RuneScape