PARIS -- April 17, 2018 -- Asmodee Digital, the industry leader in digital board games, announced today that it will publish a brand-new adventure game based on Fantasy Flight Games’ Mansions of Madness, an award-winning board game celebrated for its high production values, Lovecraft-inspired art, and unique fusion of physical and digital gameplay mechanics. Developed by Luckyhammers, the Mansions of Madness: Mother’s Embrace video game is the next evolution of the iconic game and is scheduled to hit Steam (PC/Mac) early 2019.

In Mansions of Madness: Mother’s Embrace, players will lead a team of investigators through an eerie mansion while uncovering its dark secrets. Everything is not what it seems as the investigators encounter traps, monsters, and other Lovecraftian horrors, and descend deeper into the depths of madness. Will your team solve the mystery and make it out alive? 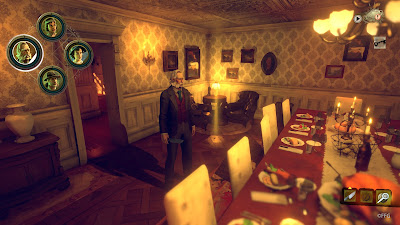 “At Asmodee Digital, we’re focused on creating new digital experiences based on beloved board-game IPs. The characters, adventures and universe introduced in the Mansions of Madness board game lend themselves well to an adventure video game, and we look forward to bringing the IP to life in a new way,” said Philippe Dao, Chief Marketing Officer of Asmodee Digital. “We have a passion for board games and want to take risks to elevate the genre. Working alongside great partners like Fantasy Flight Games and Luckyhammers allows us to do that.”

Add the game to your Steam wishlist: http://store.steampowered.com/app/840210/Mansions_of_Madness/ 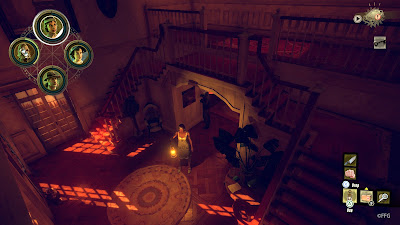 In the game, players act as the brave investigators of 1920s Arkham and unite against the Keeper, who controls the monsters of the mythos. Five years after the game’s initial release, Mansions of Madness Second Edition took the terror one step further by introducing the companion app, creating a fully cooperative game experience. Only by banding together can players hope to solve the mystery and push back the eldritch monstrosities!

.@AsmodeeDigital Announces the First Video Game Based on Mansions of Madness Board Game, here is the trailer.

Email ThisBlogThis!Share to TwitterShare to FacebookShare to Pinterest
Labels: Mansions of Madness