Shaq Fu: A Legend Reborn Ready To Smash It Up At Retail With Secret In-Box Bonus DLC For Physical Edition On June 5, 2018

MAPLEWOOD, N.J., and WATFORD, United Kingdom – May 14, 2018 – Saber Interactive and Wired Productions have today revealed that the physical retail edition of Shaq Fu: A Legend Reborn will feature the super-secret day one additional DLC content – ensuring fans who purchase the physical edition at launch get more Fu than they could have possibly imagined!

Shaq Fu: A Legend Reborn will be bundled as a physical boxed product with the unannounced ‘Bonus FU’ DLC at major retailers for £24.99/€29.99/$29.99 on the PlayStation®4 system and Xbox One and £34.99/€39.99/$39.99 on Nintendo Switch™. The additional Bonus FU will not only raise a few eyebrows on launch day when it’s revealed but will extend the gaming experience with new levels and a bonus famous main character.

“Since its unveiling to the press and public at recent expos and hands-on events, the reception to the Shaq Fu: A Legend Reborn has been terrific,” stated Leo Zullo, Managing Director at Wired Productions. “Better than we could have ever imagined, and certainly settles the score of ’94 and puts right the legacy of Shaq Fu. So much so, that we wanted to make the physical retail edition something truly memorable for gamers who prefer something more tangible and collectable. When they open up their box copies we’re genuinely intrigued and excited to gauge players’ reactions to the additional DLC content.”

Shaq Fu: A Legend Reborn is an intense, action-packed beat ‘em up which sees players take on the role of the unstoppable Shaquille O’Neal as he fights his way through the hordes of hell and Hollywood. Master devastating combos, battle outlandish celebrity bosses and take on all comers with an array of weapons, including katanas, shuriken and baseball bats. Channel Shaq’s alter egos, Big Daddy O and Big Diesel, in epic battles in the successor to the worst game ever on a mission to restore Shaq’s legacy. 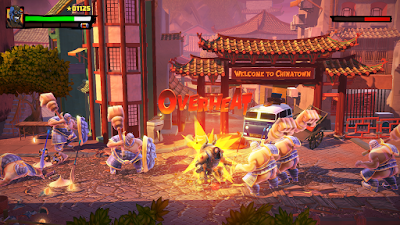 About Saber Interactive
Based in the U.S., Russia, and Spain, Saber Interactive is an independent developer whose credits include Quake Champions, Halo: Combat Evolved Anniversary, Halo: Master Chief Collection, and others. Saber’s most recent release, NBA Playgrounds, is one of the best-selling digital console titles of 2017. The company has multiple development studios across the world making great games and bringing fun interactive experiences to life.

About Wired Productions Ltd
Wired Productions is a leading video games publisher based in Watford, UK. Founded 2008 and shortlisted by MCV for Indie Publish of the Year 2018, Wired have produced and published award-winning titles across all major platforms. Bringing games to market in both physical and digital media, notable launches to date include Super Dungeon Bros, Victor Vran: Overkill Edition, Max: The Curse of Brotherhood and The Town of Light.

To pre-order the game: http://wiredproductions.com/where-to-buy/shaq-fu-a-legend-reborn 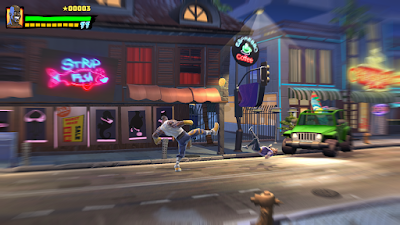