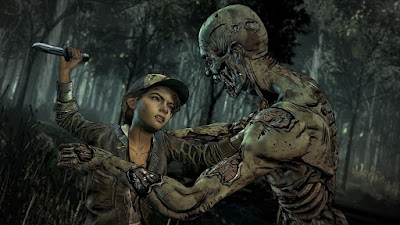 The Walking Dead: The Final Season premieres August 13. Pre-order on your Xbox One starting June 8.

Episode one of four will arrive on the Microsoft Store August 14, but if you pre-order the game any time between now and then, you’ll not only receive access to each episode of The Final Season as it becomes available, you’ll also receive The Walking Dead Collection – The Telltale Series for Xbox One immediately. Like, right now! For free! (the pre-order period and this offer ends on August 14.)

Email ThisBlogThis!Share to TwitterShare to FacebookShare to Pinterest
Labels: The Walking Dead