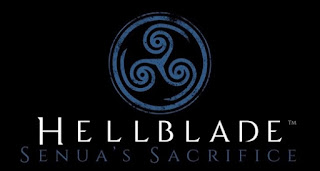 Hey Xbox Gamers, Hellblade: Senua’s Sacrifice is a dark fantasy game that falls into the action-adventure genre, but there’s a lot more to it than that. You play as Senua – a Celtic warrior who is on a quest to rescue the soul of her dead lover from Helheim – a.k.a. the Underworld. Senua is plagued by what she believes to be a curse, but what she’s actually suffering from is a mental illness called Psychosis. Her Psychosis causes her to hear voices and see things that aren’t really there - but that doesn’t make the danger any less real. So to help you on your journey through the depths of Hell, Senua’s mind, and the voices and creatures of Darkness all while avoiding the looming threat of perma-death. Here are 5 tips for Hellblade: Seuna’s Sacrifice.

Email ThisBlogThis!Share to TwitterShare to FacebookShare to Pinterest
Labels: Hellblade