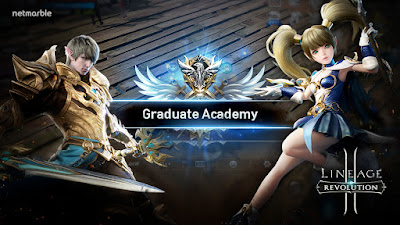 To celebrate the new tutorial, three new Clan-specific events will be held from August 8 to August 29. The “For the Clan! Event” will offer special rewards including R-grade Armour Boxes, R-grade Mount Equipment Boxes and Radiant Upgrade Stone Selection Boxes to all players in Clans, including new Academy Clan players, after they have completed a series of Clan-specific missions. When members of a Clan donate items to their fellow members, they will also receive 1.5x more Adena than usual via the “Clan Check-In and Donation Reward Event.” A new “Clan Penalty Period Decrease Event” will also lessen the penalties of leaving and rejoining Clans during the event period, so players will have a chance to try out a variety of Clans.

A new Equipment Collection feature has also been introduced, where, by collecting specific Attribute Equipment through their time in the game, players will receive additional rewards and stats that will strengthen their character.