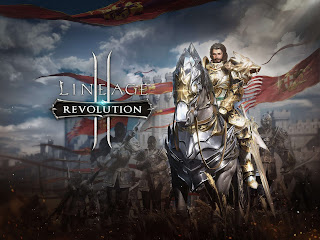 Launched worldwide in November 2017, Lineage 2: Revolution continues to be one of the most popular MMORPGs due to its groundbreaking fantasy elements that bring top-quality visuals, a massive open-world and large-scale PvP battles to life. With the following updates, the game advances in new and exciting ways players can interact in open-world combat.

Part two of the Second Class Transfer will be added soon, opening up a new Class to Open Siege!

SECOND UPDATE ON COLLABORATION FEATURE
Last month, Lineage 2: Revolution rolled out a surprise collaboration feature and is now revealing the second part of the collaboration.  Featuring a variety of monsters within Lineage 2: Revolution gameplay including event bosses ‘Acala’ and ‘Queen Butterfly,’ Players receive badges and rewards when a boss is defeated. If players acquire all the badges, an additional Soul Stone will be rewarded that can increase combat power.