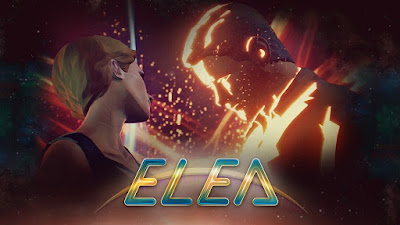 Review by Jon Donnis
Elea is an episodic first-person Sci-Fi adventure, you play as a space scientist, In 2073, Earth and all humans on it were struck by a childhood disease that causes uncontrollable rage and Elea’s husband Ethan joined an expedition to colonize a habitable exoplanet, to save humanity from extinction.

The ship he was on, Pilgrimage, went radio silent shortly after it reached planet Solace.

13 years later, Elea joins a mission on the RSS Recovery to investigate the fate of the expedition.

I have to admit the start of the game is a bit confusing, and you will find yourself getting disorientated quite often, but that is part of the experience. This first episode of Elea finds you mainly looking around the spaceship you are on, and the graphics are outstanding, and you do feel quite immersed, although the puzzles you have to solve are pretty basic, and there are a lot of bugs in the game, which are being fixed with each update.

The game suffers from a slow start, and there is a tedious nature to some of the puzzles and you find yourself wondering around aimlessly quite a lot until you figure things out.

The game does pick up though, and towards the end of the episode there is a feeling of urgency in one of the chases you do, even if you die for stupid reasons.

I am interested to see what further episodes bring, but I am not sure if Episode 1 is enough to hook people into buying Episode 2 when it is released. A slow start and some tedious early game play plagues a very promising game.

About the Game
Elea is a first-person storytelling experience that revolves around space scientist River-Elea. It’s the year 2073 and mankind is living in revolutionary times. Space colonization is making rapid progress and humans have built thriving colonies on Mars and the moons Titan, Ganymede and Europa. Alien life forms have finally been discovered and the awakening of a sentient AI enables spaceships to travel at lightning speed. In the midst of these developments, humanity faces extinction due to a neural mutation, turning all earth-born children into violent psychopaths.

Against this tumultuous futuristic backdrop, the story of Elea takes form. It all starts in a secluded house on the shores of Mexico, where Elea awakens. She’s pregnant with her second son, has just moved in with her husband and first son, and is preparing for a new life. In reality however, Elea is not in her home but in a recovery room somewhere, years later, revisiting her memories in some sort of simulation. As the memory trip progresses, the house and its surroundings start to change and deteriorate, as time passes and grief descends on a home that was once full of love and expectations.

Email ThisBlogThis!Share to TwitterShare to FacebookShare to Pinterest
Labels: Elea