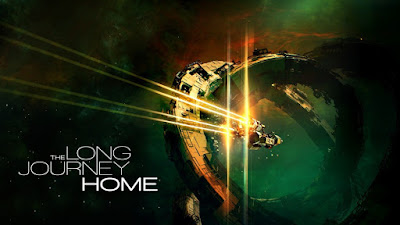 In The Long Journey Home, a misfit crew finds itself stranded in space after mankind’s first experimental jump drive goes wrong. At the wrong side of the universe you’re alone, injured and your spaceship is falling apart. The only way back home is through the universe.

The Long Journey Home is a narrative-heavy rogue-style game where each universe is based on a random seed. Only some of the game’s content is available in each run like four out of the eight major alien races. The quests that you find and are offered can also vary with each run, depending on which crew members you have with you, luck, or how you interact with the different aliens.

This is also a goal built heavily around replay. Unlike most rogue games, you don’t gain power between runs. Instead, you gain knowledge – how the alien races think and are best dealt with, how to turn around negative situations, and where to find quests and opportunities. Sometimes, aliens will approach you for favors or will hunt you for your life. 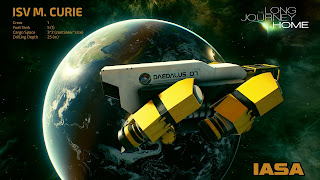 However, to survive and thrive at the other end of the galaxy, you’ll need to be proactive. Explore ruins for technologies. Figure out how to flatter and bribe cultures into helping you. Ask for work and follow up on gossip. The more you learn, the better are your chances of making it home.

A successful run currently takes about 5-6 hours real-time, though you’re unlikely to get that far the first time through and there’s plenty more to see and do even after that! Try different seeds, crews, and approaches if you’re having difficulties. There’s always a way to progress, even in the worst of situations…

In addition, keep in mind that The Long Journey Home is a challenging game and on your attempt to get home you’ll fail multiple times! You have to adapt to friendly and hostile aliens as well as different planets’ geographies. Be sure to check every planet’s details before attempting to land and getting your hands on valuable resources, as some are dangerous and you’ll take damage simply by being there, while others have high wind, gravity, and temperatures that make piloting extra dangerous.