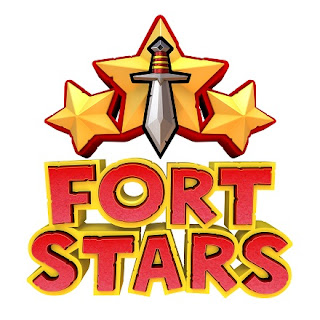 Fort Stars is a next-generation mobile game that allows players to create and customise their own fortresses, each containing a Throne Room that must be protected at all costs. How the player guards their own Throne Room is entirely their choice, and is achieved using an innovative level editor that combines the depth of PC sim-builders with the elegance and simplicity of mobile touchscreens.

The four founders of Magic Fuel Games have more than 60 years’ combined experience at Electronic Arts, having worked on significant triple-A games such as The Sims, Spore, and numerous others up until the group’s final project at EA, SimCity (2013).

“We’re overwhelmed with pride and excitement to finally release Fort Stars after three years of incredible hard work,” said Kevin Shrapnell, Chief Executive at Magic Fuel Games. “With Fort Stars, we saw an opportunity to bring all our years of PC and console games experience to the power and convenience of mobile.”

In Fort Stars, players can safeguard their own fortress with a wealth of strategic options at their disposal, from magic-infused trap-rooms to fully armed swordsmen, fearsome cannon turrets, and even monster-sized guardians that prowl the fortress floors.

Building an impenetrable fortress is just one part of the complete Fort Stars package. Another major game mode spins the defence concept on its head by allowing players to invade other players’ fortresses after assembling a legendary team of raiders.

Crush the enemy with the fearsome Barbarian. Electrify opponents with the Runemaster. And land the perfect arrow with the Ranger. All 17 heroes can be upgraded, and Magic Fuel will be adding more heroes in regular updates after the game’s launch.

Magic Fuel Games was established in 2015 and secured funding from Chinese giant Seasun Games. In 2018 it expanded its partner network further after signing a publishing deal with the London-based start-up, PlayStack.

Harvey Elliott, the Chief Executive at publisher PlayStack, added: “The pedigree of talent at Magic Fuel Games is a huge draw for us, and seeing the team’s incredibly creative ideas evolve in this debut title has been inspirational. We’re delighted with the result and see big things for Fort Stars.”