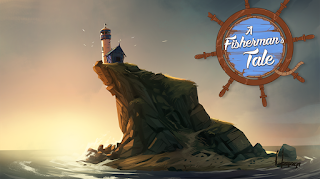 In A Fisherman’s Tale, you live a cozy, isolated life until one day you realize you’re just a little wooden puppet trapped inside the model of a lighthouse! Worse, the model is replicated inside and out on an infinite recursive loop. Luckily, you quickly find out you can collaborate with none other than yourself to solve the multi-dimensional riddles that pave the way to discovering your true reality.

Co-produced by ARTE, the European culture channel and digital network with a focus on creation and innovation, A Fisherman’s Tale is a narrative VR production that at its heart tells a story about breaking away illusions to find truth. And who knows, you may even discover something about yourself along the way…


“A Fisherman’s Tale is an amazing story full of surprising and playful gameplay. It explores immersive writing in virtual reality and brings an unprecedented proposition to VR gaming. ARTE is a proud collaborator on A Fisherman’s Tale together with its talented creators at Innerspace and publisher Vertigo Games,” said Gilles Freissinier, Head of Web Department at ARTE France.

A Fisherman's Tale was developed by INNERSPACE VR in co-production with ARTE France with the support of CNC, Ville de Paris New Media Fund and BPI France. Published by Vertigo Games.

Email ThisBlogThis!Share to TwitterShare to FacebookShare to Pinterest
Labels: A Fisherman’s Tale