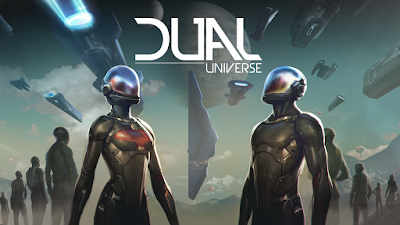 Hot on the heels of Dual Universe’s first Alpha launch last week, codenamed ‘First Contact’, Novaquark has released a breath taking, in-depth video which explores the world and the features that the award-winning MMOPRG has on offer.  Narrated by Jean-Christophe Baillie, CEO of Novaquark and Baptiste Agati, Game Designer of Dual Universe, the video aims to cover in great detail the features that are available right now in Alpha.

“The launch of the Alpha last week was a huge milestone for us, and we’re thrilled with the initial response so far.” said JC Bailie, Novaquark CEO. “We’re still keeping much of the game under wraps as we work to refine and improve it. However, we didn’t just want to keep the game exclusively for our dedicated backer and alpha testers, so we’ve created this video to lift the lid on the game and give potential players an idea of the ambitious nature of Dual Universe.”

This significant milestone at Alpha welcomes a plethora of fundamental refinements and opportunities, adding to the game’s already impressive roster of features:

Explore and Harvest: go prospecting to find precious minerals. Sell at the NPC market to buy components for your constructs

Craft your components: produce the interactive components you need for your bases and ships
Due to launch in 2020, players can initiate First Contact and join in the Alpha stage by supporting the game on the Dual Universe website: https://www.dualthegame.com/en/
Posted by JD at 15:09