A mobile go-kart game to play today? Starlit On Wheels is out! 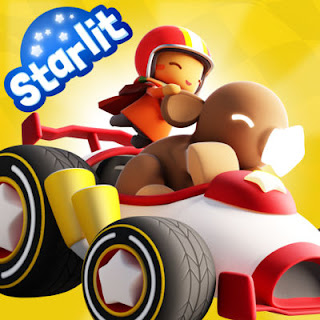 January 31, 2019 - Looking forward for a go-kart-style racing experience on your smartphone? You can play it today! Starlit On Wheels is finally available for free for Android and iOS!

Starlit On Wheels is a racing title from the popular Starlit franchise, that has been downloaded by over 10 Million players. The free-to-play title is developed by Brazilian Studio Rockhead, and combines all the fun of the best kart games with colorful characters, insane tracks and even a powerful editor for the community to create their own courses.

Starlit On Wheels is the third installment of the Starlit series, after Starlit Adventures (mobile, PlayStation 4) and Starlit Archery (mobile). 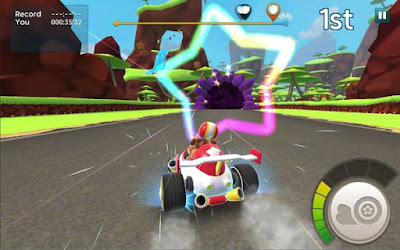 All the series’ main characters - Bo, Kikki, Pikke and the villain Nuru - return in Starlit On Wheels, this time facing each other in crazy tracks full of obstacles, turns and loops. All of the 9 characters and 11 vehicles are fully customizable, with different handling, speed, acceleration; bringing an added layer of strategy to the game. Will you choose speed to get ahead on the straight line, or more control to get an edge on each corner? You decide.

Starlit On Wheels already features on launch 128 tracks carefully developed by the Rockhead team, but that is only the beginning. The game features a full-fledged and fun to use editor that lets players create their their own dream circuits and share them with the community. The best tracks of the week are selected for the competitive ingame Cup.

The series tells the story of the Starlits, peaceful creatures that hail from Starlit Island, a floating island in the night sky. All is well in the land until the coming of the evil Nuru, that sucks all the stars into his purse. Without them, the Starlits become sleepy and dispirited, and it’s up to Bo and Kikki to use the last remaining star to travel to the Low Lands, confront Nuru and save the day. It is just the beginning of an epic journey that will take them to different worlds, to face strange creatures and live many adventures.

Starlit was created by Rockhead, a Brazilian studio based in Porto Alegre, Brazil, with vast experience working with some of the biggest game publishers and the world. Starlit is also one of the few Brazilian franchises that explores multiple media formats: beyond the games, the franchise can also be found in comics and an animation (currently in development).

“We have been enjoying ourselves developing and testing Starlit On Wheels for many years, so we are very excited to see the players join the fun with the launch,” says Rodrigo “Chips” Scharnberg, Rockhead producer. “All the team at Rockhead worked really hard to create something truly exciting, and we are proud to be already getting some incredible feedback from both new players and fans of the Starlit series.”

Download now at
Play Store
iTunes
Posted by JD at 13:07

Email ThisBlogThis!Share to TwitterShare to FacebookShare to Pinterest
Labels: Starlit On Wheels