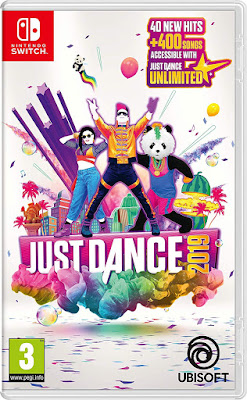 Just Dance 2019 is the latest in the dance game franchise.
I purchased this game for my niece (9 years old), so I have spoken to her in depth as well as played the game myself.

The first problem I noticed is that only about 15 songs are available when you first play, the full 40 are unlockable. However the claim on the box is 400, but I soon found out that they were part of an extra subscription. So that is the first complaint. You pay £30 for a game that advertises hundreds of songs, but they are all behind a paywall. And unfortunately they are view-able within the game even though you cant play them, so kids will see them and demand them, since they are more famous and in general better songs.

My niece had the game at Christmas, so today I asked her if she had been playing it. She said no, as she didn't like any of the songs that are available at the start. I pointed out that she had to unlock more songs by playing through the game, she replied "whats the point if I don't like the songs, that is not fun".

It is hard to argue against that logic.

The game itself plays ok, it is a typical dance game. Nothing groundbreaking here. The graphics are decent, and the music quality is also good.

The problem is purely the songs.
If you buy this for a child and they don't like the 15 or so songs that are playable straight away, then they wont like the game. It really is simple as that. And these songs aren't even new releases. So to call this Just Dance 2019 is also a bit misleading.

The subscription model that now seems to be common place is truly destroying games in my opinion.

Just Dance 19 is a cash grab. Find out the play list before you buy, if your child likes those songs then great. But if they don't, and you don't want to pay the subscription fee, then perhaps find another game that doesn't try to squeeze every last penny out of you, even after you have paid for the game itself.

Buy the game from Amazon here. 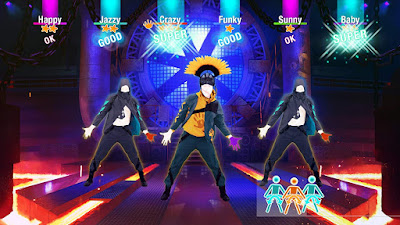