Marble Combat out now on Steam Early Access for Free! 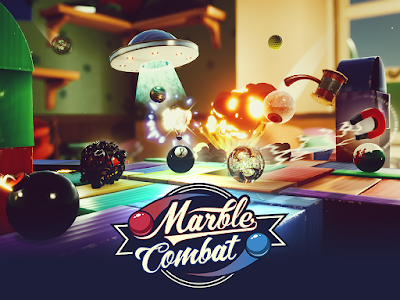 Phantom 8 is back with a total new game concept named Marble Combat. The studio’s first multiplayer game available now in Early Access on Steam and is free to play. Marble Combat will be further developed in an open development style with heavy involvement of the community - listening to the feedback of the fans is the studio’s driving force.

Gameplay style
Marble combat is a physics based multiplayer game for 2 - 8 people. Players compete as magical marbles racing and fighting to dominate capture points and collect power ups. Every player can pick a combination of four abilities which can hinder enemies, boost allies or improve ball control.

Development history
"Marble Combat started out as a small multiplayer demo pitched internally to the Phantom 8 team. It was incredibly fun and playable at an early stage and the team wanted to work on something light hearted and funny without a long development cycle. The concept provided a reasonable scope for what a small team could produce and would be easy to test and take on feedback from anyone who wanted to get involved."

"At first it was just the intention was to be a ball rolling game but like any development project, the team hit upon a flurry of new ideas for setting. After fleshing out some of the powers and level design options, a real life marble setting seemed perfect. The art style was at first a full on 1950's-60's retro feel but as we wanted to get in more and more toys and references from our childhood, it ended up containing themes from various eras."