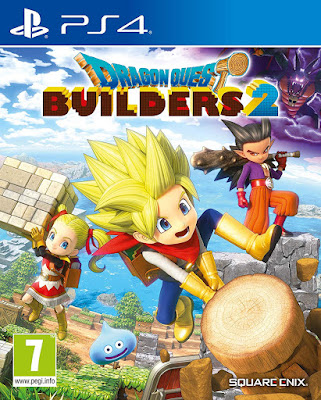 In DRAGON QUEST BUILDERS 2, players take on the role of a young apprentice builder who finds themselves washed up on the Isle of Awakening alongside Malroth, a mysterious youth suffering from amnesia. Together, the two explore different islands while developing skills to become a “Master Builder” by helping townsfolk, crafting materials and fighting off enemies.

As a follow-up to the acclaimed 2016 game DRAGON QUEST BUILDERS, the sequel introduces online multiplayer for the first time, allowing up to four friends to play together and create something truly magnificent. DRAGON QUEST BUILDERS 2 also features a plethora of upgrades, including the ability to construct bigger structures, travel by soaring, swimming and dashing, farming crops, first person mode and much more, making for an experience that is bigger, better and buildier than ever before! DRAGON QUEST BUILDERS 2 is a standalone experience featuring new characters, an expansive world, unlimited building combinations, and a storyline that’s sure to satisfy long-time fans and newcomers. 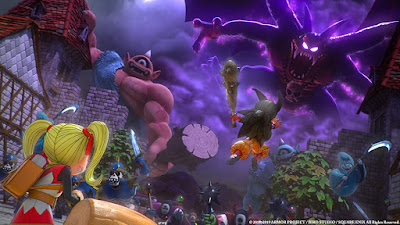 Players can purchase the digital deluxe edition of the game, which includes a Season Pass, featuring three DLC packs released after launch, giving access to recipes, hairstyles, clothing and all-new areas to explore. The Season Pass is also available to purchase separately from today.

●       Hotto Stuff Pack (available from 26th July)- Including more than 40 recipes to help players design and decorate structures in the style of the Hotto Steppe - a popular resting area in a distant land. Players will also gain access to an all-new island with the materials needed to build these new recipes.

●       Aquarium Pack - The world of DRAGON QUEST BUILDERS 2 has become your oyster. A fishing island awaits you, where you can learn how to catch and breed 40 different fish that can be added to your own DIY aquarium. Unlock an additional tool, the fishing rod, as well as customisation options and apparel fitting of a water bound adventure.

●       Modernist Pack - This set includes over 70 recipes for modern-looking structures, hairstyles and clothing. Build a luxury hotel, modern condominiums and more with the largest new set of recipes yet. 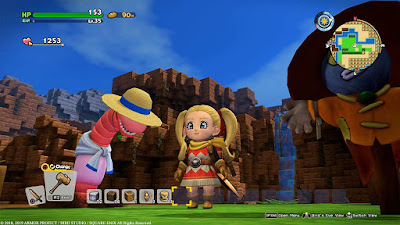