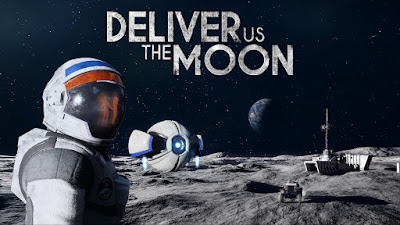 Watford, UK – July 16, 2019 –– Award-winning publisher, Wired Productions and acclaimed Dutch game studio, KeokeN Interactive, have today released a developer video for Deliver us the Moon. The video highlights new gameplay from the upcoming Sci-Fi thriller along with narration from Koen Deetman, Game Director, explaining how he and his brother, Managing Director Paul Deetman, knew from an early age that their future was destined to involve space!


Currently in development for Steam, PlayStation® 4 and the Xbox One family of devices, including the Xbox One X, the team at KeokeN wanted to celebrate the heroic mission of the men and women who took part in Apollo 11’s journey to the Moon.  Inspired by their Grandpa’s stories the developers set about creating something that captured everything they used to dream about. Set 100 years after the first human-made object reached the surface of the Moon, Deliver Us The Moon even pays homage to the original moon landing, with the original moon lander and US flag recreated for players to visit!

“It’s unimaginable to think about how much bravery it takes to leave our home-planet and set foot on another celestial body.’ Said Koen Deetman. “My brother and I have always asked the question ‘What would it be like being an Astronaut’, and Deliver us the Moon was our way of living out our childhood dreams.”

Deliver Us The Moon is a Sci-Fi thriller set in an apocalyptic near future where Earth's natural resources are depleted. In an effort to solve the energy crisis, global powers created the World Space Agency and secured a promising new source of energy on the moon. The World Space Agency colonized and operated from the moon until one fateful night all communications with Earth ceased and the energy source was lost. Now, years later, you assume the role of Earth's last astronaut on a do-or-die mission to investigate what happened and save humanity. During this adventure, players only companion is a small robot named ASE. Together you will traverse the moon, explore abandoned facilities, gather clues and ultimately uncover the secrets and hidden agendas of those long gone!

Deliver us the Moon is scheduled for release later this year.
Posted by JD at 17:49