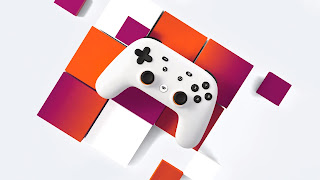 Stadia, Google's new streaming service is here and it works, but it still has a lot of missing features and a long road ahead of it.

The service is integrated with YouTube, and its "state share" feature allows viewers of a Stadia stream to launch a game on the service on the same save state as the streamer. This has been used as a selling point for the service. It is compatible with HID class USB controllers, though a proprietary controller manufactured by Google with a direct Wi-Fi link to data centers is available alongside the service. Stadia is not similar to Netflix, in that it requires users to purchase games to stream via Stadia rather than pay for access to a library of games. While the base service will be free, a Pro tier monthly subscription allows users to stream at higher rates for larger resolutions, and the offer to add free games to their library.

Known in development as Project Stream, the service was debuted through a closed beta running Assassin's Creed Odyssey in October 2018. Stadia was publicly released on November 19, 2019 in selected countries and received a mixed reception from reviewers.