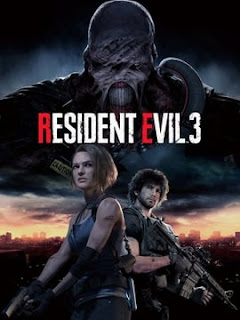 Resident Evil 3 is an upcoming survival horror game developed and published by Capcom. The game is a remake of Resident Evil 3: Nemesis (1999), and follows Jill Valentine as she attempts to escape a zombie apocalypse while hunted by an intelligent bioweapon known as Nemesis. It is scheduled for release on PlayStation 4, Windows, and Xbox One on April 3, 2020. It also has an online multiplayer mode, Resident Evil: Resistance.

The story is set in September 1998, before the events of Resident Evil 2. Players control former S.T.A.R.S officer Jill Valentine as she attempts to escape Raccoon City during a zombie apocalypse caused by an outbreak of the T-Virus. Jill is hunted by an intelligent bioweapon known as Nemesis, who attempts to kill her and all remaining S.T.A.R.S members.