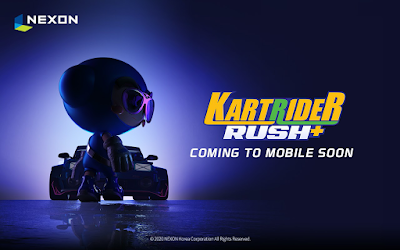 LOS ANGELES – April 17, 2020 – Gear up racers! Pre-registration for KartRider Rush+, the newest free-to-play mobile adventure coming soon to iOS and Android is now open. Players can sign-up and begin collecting exclusive pre-registration rewards; after 3 million pre-registrations, all players will receive every reward including rare items such as a Skelemech Kart, and Slugger Dao!

Based on the massively popular KartRider universe with over 300 million players worldwide, KartRider Rush+ delivers non-stop fun with several game modes including:

Speed Race Mode: This mode challenges racers to compete against each other and use their drifting skills to earn EXP that can unlock more challenging tracks
Arcade Mode: Whether playing solo or in teams, this mode provides additional gameplay modes such as Item Race, Infini-Boost or Lucci Runner
Ranked Mode: From Bronze to Living Legend, players can rank up tiers and earn rewards such as K-Coins to purchase a variety of items in the Shop
Story Mode: Players can join Dao and his friends to save the tracks from Lodumani’s evil deeds
Time Trial: Racers will beat the clock to become the fastest racer

With more than 50 race tracks and 20 karts, the game features extensive customization options so players can individualize their gameplay experience and kart to suit their unique racing style.

Racers can maximize social interaction in KartRider Rush+  by playing competitive matches in real-time with friends around the world. The game also includes a Home feature where players can customize their space with different accessories and complete daily quests, as well as interact with friends and play mini-games.

In addition, KartRider Rush+ introduces a Mentorship system allowing new racers to find top racers to help improve their skills as they complete quests together and receive mentorship perks and rewards. The game also features a Club system, which lets racers band together to complete challenges, daily activities, and earn rewards as they race their way to the top.

KartRider Rush+ will be available globally in multiple languages including English, Korean, Thai, and Traditional Chinese.