REVIEW: Gun Crazy on Xbox One 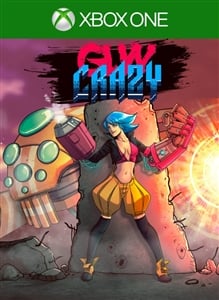 Review by Jon Donnis
I was kinda sent a review code by Ratalaika Games.
Gun Crazy is a an old school throw back to the run and gun arcade style action shoot em’ from the 90s that some of us grew up with on Sega Megadrive/Genesis and SNES.

Whereas we may have paid $40/$50 for a game back then, Gun Crazy is available for just a fraction of that at $4.99 on all platforms.

Your character is a female cop, and you battle your way through 4 unique levels, killing bad guys along the way, and of course you get the big bad boss to beat at the end of the level too.

There are different guns to collect, lots of enemies, and non stop action.

So lets talk about the good.
This is a fast paced game, lots going on, and a real throwback to some of the classic games like Gunstar Heroes. The graphics are very much in that style too. For you gamer point fans, the points drop thick and fast and you will get the maximum pretty quick. But for $5 you would hardly expect a 100 hour game.

And the bad?
Well you will finish the game relatively quick, and it is only 1 player, with only one character to control.

Summary
This is a fun, action shooter, nice and simple, you don't need to think to much, just load it up and straight into the action. Thoroughly enjoyable.