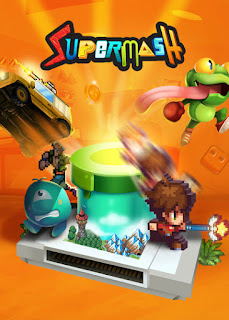 Have you ever wanted to see what would happen if you threw Platformer mechanics into a JRPG battle? What would you do if you had to fly Shoot 'em Up ships in the middle of a stealthy heist? Expect the unexpected with SuperMash, the game that makes games!

SuperMash will launch for PlayStation 4, Xbox One, and Switch on May 8, developer Digital Continue announced. The game, in which players can mix together elements from two-to-six classic genres to create unique gaming experiences, first launched for PC via the Epic Games Store in December 2019