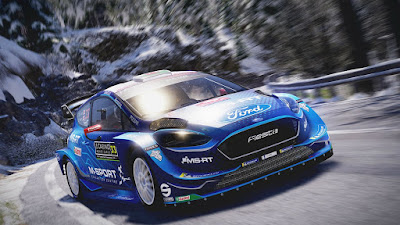 A glimpse of the work put in by KT Racing to recreate the iconic Rally New Zealand, which is making a big return to the FIA World Rally Championship calendar after a seven-year absence. It is one of three new rallies this season, along with the Safari Rally in Kenya and Rally Japan, which fans and players of WRC are eagerly anticipating.


WRC 9 will be available on September 3rd, 2020 on Xbox One, PlayStation 4 and on the Epic Games Store. Release timing for Xbox Series X, PlayStation 5 and Nintendo Switch will be announced at a later date.

Buy WRC 8 while you wait for WRC 9

Email ThisBlogThis!Share to TwitterShare to FacebookShare to Pinterest
Labels: WRC 9