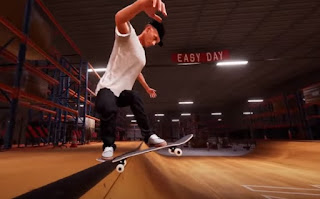 Check out the latest trailer for Skater XL which highlights features from the launch of Update 0.3.0.0B for the skateboarding game.

The update adds transition grinds that gives players a new way to hit the coping, a miniramp test map, and new board customizations to personalize their decks, trucks, wheels, and griptape, and more.

Update 0.3.0.0B is available now on the game's Public Beta on Steam.

Skater XL launches on July 7 on PlayStation 4, Xbox One, Nintendo Switch, and PC.