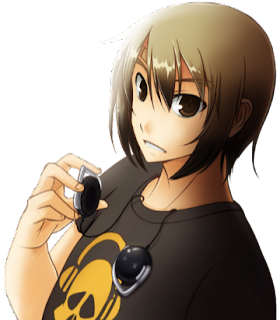 A teenager with no name and no home wanders from one city to the next, burdened by the weight of his extraordinary ability. When he is accused of murdering a woman that he's never met, he sets out to prove his innocence and find the true killer. The investigation quickly takes a turn for the complicated when a strange voice appears in his head, warning him to watch his step.

Search for clues, interrogate witnesses, and find a murderer. Even with your extra abilities, it will still take solid facts and logic to prove your innocence!

Jisei: The First Case HD will be priced for 4.99$/€ for all platforms.

Email ThisBlogThis!Share to TwitterShare to FacebookShare to Pinterest
Labels: Jisei The First Case