REVIEW - Aircraft Evolution on Xbox One - By Jon Donnis 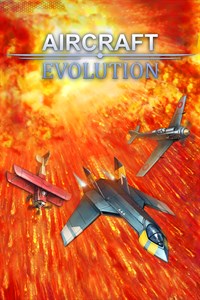 Review By Jon Donnis
I was kindly sent a copy of Aircraft Evolution by the fine people at Sometimes You‬.

Aircraft Evolution is a retro style side scrolling shooter, something that reminded me instantly of the 1980s classic Silkworm which some of you older gamers reading this would have played on the Amiga.

In this game your main task is to destroy enemy bases, tanks and soldiers from a variety of places that you unlock as you progress through the levels.

There are 4 time periods you play in, from the past going through to the future, so you start off with a wooden plane and eventually you can end up with a futuristic shooter.

There are the typical kinds of upgrades you can make to your plane, weapons, fuel, speed and so on.
40 Missions await you and there is plenty there to keep you busy for a while.

The Good:
The graphics and sounds are crisp and detailed, although sometimes its a bit hard to see where you are shooting, you will tend to rely on dropping bombs anyway, the game play is fast and fun. There is plenty of replay value to the game to improve your scores and get better upgrades.

The Bad:
When you first start to the play the controls are frustrating and will take some getting used to, when you do the game plays much better, but that first ten minutes playing you will find yourself wondering if a better control system or at least a choice of control systems would have been a good option. But like I said you will soon get used to it and forget it was ever a problem.

Summary:
A fun action side scrolling shooter that seems to be rare these days.
And enjoyable game, and worthy a of a strong 8/10 from me.

Aircraft Evolution will be released on Nintendo Switch™, Xbox One and PlayStation®4 on July 22nd! Price is 9.99 💵 everywhere! There are some good offers if you pre-order so you might want to do that.