Review by Jon Donnis
I was graciously send a copy of Eastern Exorcist Early Access by Wildfire Game on PC/Steam for independent review. I played the "review build/early access" so please keep that in mind when reading the review, as some things will be tweeked and improved upon release.

In Eastern Exorcist you play as an exorcist warrior who kills demons using the good old fashioned method of slicing them with a sword. Always my favourite way of killing demons and monsters. As you progress through this action-adventure game, you master new moves and new combat techniques until eventually you become a master. 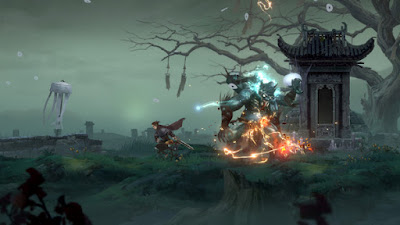 The game is very beautiful, incredible 2D hand drawn ink painting style Chinese animation that is as beautiful to watch as it is to play.

But this is more than just a hack and slash adventure game, there is a story, you meet people, speak to them, hear their stories, which in turn directs you to your next mission, you will fight your way through regular demons and then face off in boss battles against giant ape monsters, dragons, sea monsters, multi headed skull monster, all sorts.

Graphically as I already mentioned the game looks incredible, and the sound effects and music are also about as good as they can be. My only gripe in the game is that I think the controls could have perhaps been a bit more intuitive, I was playing using a Xbox Controller plugged into my computer, so perhaps if you are more used to keyboard controls you might prefer it. 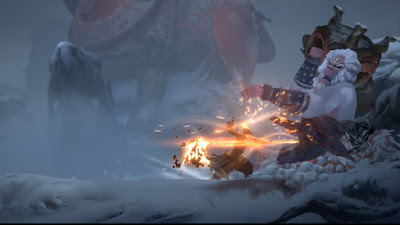 Good
Visuals and sounds are excellent, and the game play is fun, fast and the storyline does draw you in.

Bad
I wasn't keep on the controls, and I think that sometimes your next task should be explained better so not to get lost.

Overall
An enjoyable game, and I score it a solid 7/10

Out on PC today
https://store.steampowered.com/app/1120810/Eastern_Exorcist/