Live by the Sword, Die by the Blade. One-hit-kill sword combat game to launch Kickstarter campaign this October 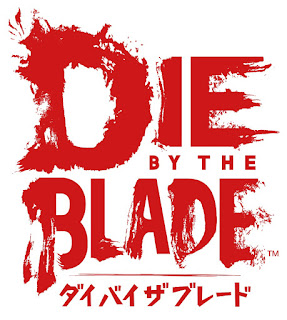 Die by the Blade draws inspiration from legendary combat games like Bushido Blade, Way of the Samurai and Dark Souls as well as the epic stand-offs in Ghost of Tsushima. Set in a visually stunning ‘Samuraipunk’ vision of Japan, Die by the Blade fuses techpunk visuals and japanese-inspired aesthetics to create the perfect backdrop for the ancient art of sword fighting. Players must take up their sword and face off against deadly opponents, where the slightest mistake will seal your fate. Become a master of your craft and fight to the death with other players in tense, fast paced multiplayer matches or slash through tough AI enemies in the singleplayer campaign.

By utilising a One-Hit-Kill combat system, Die by the Blade leaves no room for mistakes. By removing the concepts of health bars and health points, the game is built on a realistic battle system creating a sense of real tension as one error by the player could result in instant death. This system emphasizes the need for weapon positioning, parrying and counter moves to defend against enemy attacks before delivering a clean hit to any vital area of your opponent, causing instant death. Players must use the One-Hit-Kill system to learn from their mistakes and mount devastating comebacks to claim victory.

Publisher Grindstone will be launching a Kickstarter campaign for Die by the Blade this October with the goal of engaging with fans and building an active and supportive community.

Email ThisBlogThis!Share to TwitterShare to FacebookShare to Pinterest
Labels: Live by the Sword Die by the Blade