REVIEW: No Straight Roads - XBOX One 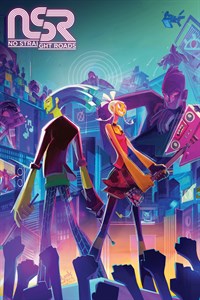 Review by Jon Donnis
No Straight Roads is a strange game, it is an action adventure, rhythm infused, third person combat music game. Confused yet?

Set in "Vinyl City" you play as two wannabe rock stars who are fighting against NSR records. NSR records controls the music in the city and also the power supply, so clearly they need to be stopped.

You move from room to room and fight against the enemy in different musical genres. For example in Akushuka it is all K-Pop, in Metro District you fight against a boyband, and so on. 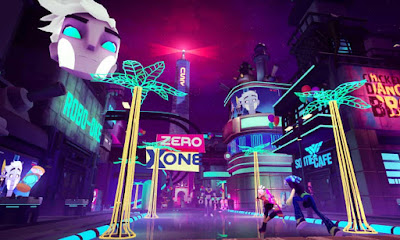 The graphics in this game are superb, a very unique look and as you would hope the soundtrack is excellent.
Although I was expecting more of a rhythm music game, this at it's core is an action adventure.

The story is fine, you are the underdogs trying to over come a corrupt music industry and you fight from the bottom until you get to the top. It is a story that everyone can understand and be empathetic towards. Although the fighting system is simplistic, you avoid being attacked, and then you attack, it is fun how you judge when an attack is coming by listening to the music.


This is a fun game, I think the problem many will have is that they will expect too much, sometimes you just need to turn the volume up, don't take things too seriously, and just enjoy the experience.

A simple and fun game, I enjoyed playing, not going to set any records, but I give it a solid 7/10

Email ThisBlogThis!Share to TwitterShare to FacebookShare to Pinterest
Labels: No Straight Roads