REVIEW: The Suicide of Rachel Foster on XBOX ONE 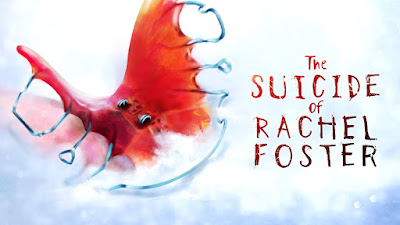 The Suicide of Rachel Foster is what is known as a "Walking Simulator" although "first-person investigation" is probably just as good a description, so the basic story is that 10 years ago, Nicole (the character you control) left the family run hotel with her mother, after they found out that the father Leonard had had an affair with a girl named Rachel, who he made pregnant and she then committed suicide. Both the parents have now passed, and Nicole has returned to the hotel in the hope to sell it, as was the last wish of her mother.

At the hotel the weather has turned bad, and she is stuck inside this large hotel on a mountain. Her only connection to the outside world is Irving, a young Federal Emergency Management Agency agent using an old cellular telephone to communicate with each other. Nicole starts to investigate the hotel, and keeps in contact with Irvine throughout. She knows that her father had a role to play in the death of Rachel, so she explores the hotel to see if she can find out exactly what happened.

I wont spoil any more of the story as there are some twists and turns involved.

This is a big hotel, and very easy to get lost as you walk around, but you do have a map to help you.

As I stated at the start this is a Walking Simulation, in other words this is not a classic game, there are no bad guys to fight, no real puzzles to solve, instead this is about experiencing a story that has very mature topics within the story, from child grooming, to child pregnancy and of course suicide. The general game play is walking around, examining objects, interacting with Irving, talking about the past of the characters. There is even some flirting too.

The story is intense, and you do feel immersed within it. The graphics are detailed, and the sound is great, I found playing the game with headphones improves the experience in a big way.

The Bad
In general I am not a fan of walking simulators, and i think people who play this game hoping for jump scares or ghostly encounters will be disappointed.

Also at the point of playing, no Gamer-Points were dropping, which is always a disappointment, hopefully it is just a bug, will get fixed and suddenly I will have 1000 points appear. This is a game you will only play through once however.

Overall
If you want to experience something different, and want to enjoy a story line, despite the very tough and mature subject, then you will find this quite an experience. As long as you understand what you are getting into, there is no reason why you wont enjoy this game.

Email ThisBlogThis!Share to TwitterShare to FacebookShare to Pinterest
Labels: The Suicide of Rachel Foster