Legacy of Discord, the legendary ARPG, has rolled out a fresh update including mercenaries, new battle modes and new gameplay possibilities 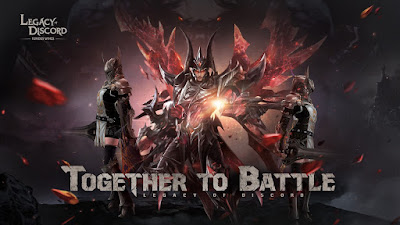 YOOZOO Games, Shanghai — May 2019 | Sometimes known as ‘soldiers of fortune’ mercenaries are an arbitrary factor in any conflict. Often primarily concerned with lining their pockets — frequently at the expense of ethics — they’ll fight for whoever pays them. Which is your good fortune, as it means combat in Legacy of Discord has levelled up considerably with their inclusion.

You need never go into combat alone again: up to three mercenaries will fight with you in battle; with one fighting at a time. Once dead, mercenaries can be revived when switching maps or when the player is revived after dying. They are also very powerful when brought into the Celestial Tournament (when players use the all-new Mercenary function).

Their inclusion across the game, essentially, offers more gameplay possibilities: Pets, Wrathwings, Mounts, and Metamorphs can all be socketed to a mercenary, boosting your battle rating and granting even more bonuses to player attributes; and the better the item socketed, the bigger the bonus!

Legacy of Discord has also featured on Google Play’s global recommended list this week. Be the first to check out the latest updates now — together to Battle!

Email ThisBlogThis!Share to TwitterShare to FacebookShare to Pinterest
Labels: Legacy of Discord