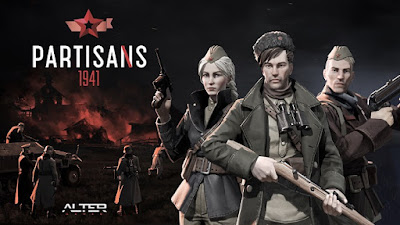 I was given access to a Press Preview Build of Partisans 1941 and played through the first few missions, so any opinions I give on the game please keep in mind it is from a preview build and not the finished game.

You take control of a group of Partisans (a military force formed to oppose control of an area by a foreign power) to fight against the occupying German forces during World War I.

You start off alone but soon meet up with other resistance members. Each mission involves you planning a strategy to reach a certain location, usually by overcoming the enemy, but remember you are massively outgunned by the Germans, so instead of going in guns blazing, the main game involves stealth, patience and trying to set up an ambush.

The first thing you will notice are the graphics, they are incredibly detailed, you also get a choice of language for the enemy, so they can speak in German or English depending on your preference, or if you want subtitles. This all adds to the realism of the game. Once you get past the looks you have to deal with the controls. I hated the control system. I admit I am a console gamer at heart, but I have also been playing computer games since the 1980s, so I do not fear a mouse and keyboard. I would hope in the finished game they at the very least offer a simplified control system that is more user friendly. I also hope they have in place a better hints system and a better tutorial. The onscreen hints and suggestions just seem to blend into everything else on the screen and I found that it just didn't really help.

Now once I got past the terrible control system, I then had to deal with the camera view, now maybe I didn't figure out how to make it automatically follow your main character, but as far as I can see you have to manually control the view as well, so while trying to plan out your next step you are forever trying to get the screen centred or facing the direction you want, and then instead of having a solid isometric view, the camera also can swing around, which in theory is a good thing as it allows you to see things better, but I found it just makes life harder. When playing a game I hate having to keep looking down at the controls. So I just found it frustrating and time wasting, when a much simpler camera view would just make life easier and the game more enjoyable.

Once you get past these issues, the game itself is actually quite good, the stealth aspect is fun, whether it is sneaking up behind someone and putting them in a choke hold, or throwing a knife or shooting someone with a rifle, get it right and it all feels very good, get it wrong and luckily you can revert to a quick save and try again.

I think if you are already a fan of these types of games on a PC then you will very much enjoy this, however if you are a console gamer like me, you will probably find the whole control system a bit of a nightmare.

Everything looks great, and the game itself is a fun, if a bit overdone in the gaming market.

The controls, the camera.

As a preview, the game has a lot of potential, I expect that despite an October release, the game will get constant improvements and hopefully if the game makers listen to the players, they can fix the issues I mentioned. If they ignore the complaints and just push the game to the niche market who already plays these types of games, then that would be a mistake.

Email ThisBlogThis!Share to TwitterShare to FacebookShare to Pinterest
Labels: Partisans 1941 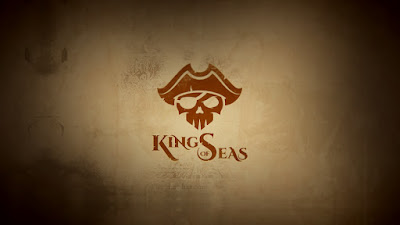 What sets  King of Seas apart from other games in the genre is that each time you start a new campaign, the game engine will generate a whole new game world for you to explore. Each playthrough is a new and exciting adventure when you set off from shore. The dynamic world will also react to your every action, constantly adapting and throwing new challenges your way. Naval routes will change with each conquered settlement, the difficulty will adapt as you progress through your quests, and changes in weather will play a big part in your navigation and combat strategy.

Your Pirate ship is more than just a vehicle, it's a home. You will be able to acquire and own five different classes of ship: the sloop, brig, flute, frigate and galleon, each offering plenty of customisation options to ‘deck’ out your vessel. With over 900 items available to collect and use, you can truly create a battle-ready vessel to be proud.

Naval battles are at the core of the King of Seas gameplay and learning how to navigate your way through the combat will be key to your success. The movement and handling of your ships will change according to wind direction, the ship class and the talent points acquired through levelling the gear equipped. In addition to the core battle mechanics, there are exciting unique abilities you can discover on your adventure that really mix up the action, such as flamethrowers, ethereal navigation or voodoo rituals!

Each battle won will raise the bounty on your head and you can even face off against some of the most feared pirates in history. The difficulty level adds a multiplier to the bounty you achieve in the game - so see how far you can take it in hardcore mode!

*Story: A series of quests guide you on your journey and uncover the intriguing characters of the King of Seas world who will lead you to the next path of your epic adventure.
*Procedural Generation: Dive into a lush, procedurally generated world that constantly refreshes the exploration mechanics within each new game.
*Dynamic World: The world reacts to your every action, naval routes change and with each conquered settlement the difficulty adapts to constantly give you a more challenging time.
*Map: A thick fog will ensure travelling towards objectives is not plain sailing, after all wouldn't you want to lose the joy of exploration !?
*Navigation system: Atmospheric effects influence gameplay. Sail during a storm at your own risk, escape the enemies and always remember to carefully watch the wind direction to stay in control during battles. The strategy starts here.
*Ship customization: Five types of highly customizable ships through an equipment and skill system, just as in any true role-playing game!
*Combat system: Not only cannon shots and nautical strategy but also speed and spectacle, thanks to a set of more than 20 skills to choose from and three branches of talents to suit any playstyle.

King of Seas will be available this holiday season for Windows PC via Steam, PlayStation 4, Xbox One and Nintendo Switch.

Email ThisBlogThis!Share to TwitterShare to FacebookShare to Pinterest
Labels: King of Seas

Air Missions: HIND puts players in the hot seat of the heavily armed Mi-24 Hind assault helicopter as they take to the skies in devastating air assault missions. Before each mission, the formidable Mi-24 Hind (also known as the ‘flying tank’) can be customised with different skins and weapon sets depending on the mission parameters and goals. Two weapons can be equipped on the wings, in addition to a machine gun mounted on the front of the helicopter, and players can choose from an arsenal of deadly weaponry including UPK 23 machine guns, GUV gun pods, FAB bombs and various rockets and missiles.

Fly single player campaign missions based on fictional conflicts in Central Asia, Eastern Europe, the Arctic Ocean and Southeast Asia. Buddy up with a friend and take the fight to the enemy in the action packed online co-op mode or test your mettle in thrilling multiplayer matches including deathmatch and instant action modes.

For more information about the game please visit the official game website at www.airmissions.net and Grindstone at http://www.grindstone.sk
Posted by JD at 22:03 No comments: 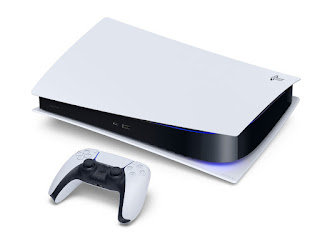 Before PlayStation 5 launches this holiday, we wanted to give you one more look at some of the great games coming to PS5 at launch (and beyond!).

Our next digital showcase will weigh in at around 40 minutes, and feature updates on the latest titles from Worldwide Studios and our world-class development partners. 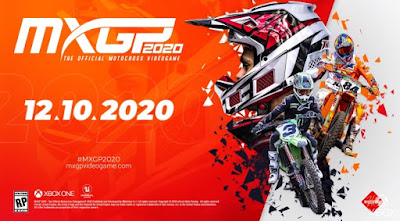 Your new MXGP experience is coming... More real than ever!

Get ready to live the Official 2020 Championship and find the new amazing features! #MXGP2020 will be out on December 10th. Mud, Sweat and Glory.