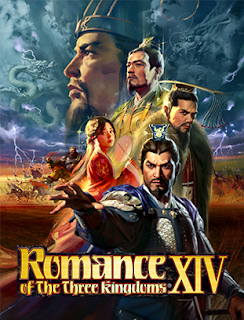 In RTKXIV, players will experience the pivotal Three Kingdoms period of Ancient China, allowing them to make their mark on history as they set out to conquer China and unify the Three Kingdoms. The tale of the Three Kingdoms era is depicted through seven challenging scenarios, including the chaotic war that signaled the opening of the times (the Yellow Turban Rebellion), the fight for dominance between Yuan Shao and Cao Cao (the Battle of Guandu), and the beginning of Zhuge Liang’s northern campaign (Chu Shi Biao).

These events will give gamers the opportunity to enjoy the rich stories from this time period through many event scenes, triggered through fulfilling certain conditions in battle. The latest entry in the series also adopts the popular ruler-based system from fan-favorite entries, RTK9 and RTK11, in order to help return classic gameplay to the series -- meaning that all actions take place on a single map as players attempt to spread their strategies at will across the vast land of China.

Email ThisBlogThis!Share to TwitterShare to FacebookShare to Pinterest
Labels: Romance of the Three Kingdoms XIV