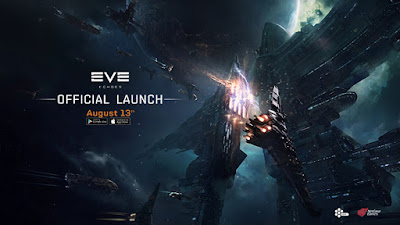 Global games developer NetEase Games and renowned studio CCP Games have successfully delivered what players love about EVE Online to mobile platforms. Today, after three years of close collaboration, their journey together culminates in the launch of EVE Echoes for iOS and Android. The game will launch in English, Russian, Chinese, German, French, Spanish and Portuguese, enabling new players and EVE enthusiasts all over the world to enjoy the hallmark game experience of EVE Echoes on their mobile devices.

EVE Echoes is a next-gen sandbox MMO game for mobile devices based on the award-winning sci-fi spacefaring MMORPG EVE Online. Featuring a vast persistent universe of over 8,000+ solar systems, players are free to choose their own path from countless options, experiencing space exploration, immense PvP and PvE battles, mining, trading, industry, and a sophisticated player economy in the multiplayer sandbox of New Eden. 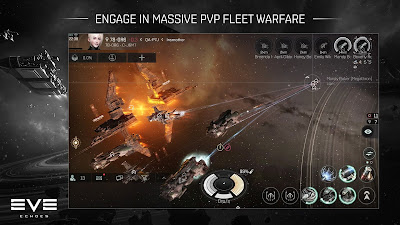 “I'm very excited to see what millions of mobile players will bring to the EVE universe,” says Hilmar Veigar Pétursson, CEO of CCP Games. “I'm sure we'll see some new adventures, new social structures and new paradigms being formed, which will inspire us, just like EVE on PC has done, to take EVE Echoes, EVE Online and all the EVE games even further than we could have ever imagined.”

Wei Su, Senior producer of EVE Echoes at NetEase Games, adds: “Regardless of the outcome, it's the journey that matters. All our efforts are dedicated to bringing a sense of freedom, belonging, and excitement to our players.” 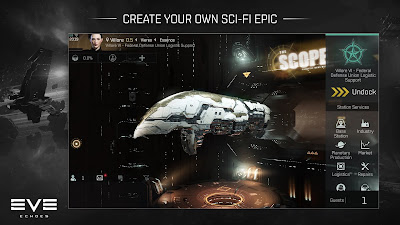 Going forward, NetEase Games and CCP Games will work on bringing even more content from the EVE universe to mobile. Players can look forward to features such as Sovereignty and larger ship hulls being brought to the game via continuous updates. As NetEase Games and CCP Games continue improving and enriching the game, they will look to EVE Echoes’ supportive community and fans for feedback, ideas and suggestions.

Further along in the future, players can expect to hear announcements about crossover events between EVE Echoes and EVE Online.

Forge your own legacy in a limitless universe! EVE Echoes is now available in Apple Store and Google Play: https://www.eveechoes.com 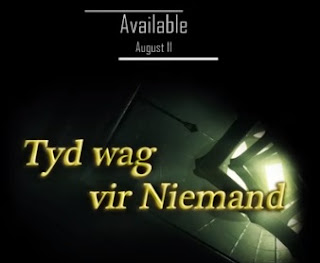 Get ready to be transported to a weird and wonderful abstract dimension, where you can slow down time at will while traversing timing-based platforming challenges and solving intriguing, lite, temporal puzzles. Ultimately survive this strange journey, solve the mystery and find new hope for not only humanity but yourself as well. 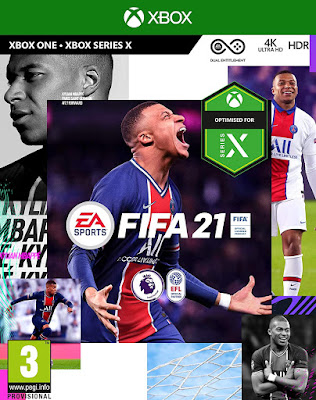 GAMEPLAY: Create more scoring opportunities than ever before with all-new dynamic attacking systems in the most intelligent FIFA gameplay to date; FIFA 21 raises players’ intelligence and decision-making to new levels both on and off the ball, creating more realistic and informed movement, building on the intensity of 1v1 situations, and unlocking the conditions for a true-to-life footballing experience that rewards you for your creativity and control all over the pitch

CAREER MODE: Manage Every Moment in FIFA 21 Career Mode with new innovations that create additional depth in matches, transfers, and training to give you more control over your team’s rise to the top and make it easier than ever for you to begin your managerial career

EA SPORTS VOLTA FOOTBALL: More ways to play; More customisation; More locations; Experience the soul of the streets together with friends as you show off your style in cages and courts around the world throughout various forms of small-sided football

FIFA ULTIMATE TEAM: Enjoy brand new ways to play the most popular mode in FIFA as you build your dream squad of players past and present in FIFA 21 Ultimate Team.

Email ThisBlogThis!Share to TwitterShare to FacebookShare to Pinterest
Labels: FIFA 21

The Battle of Polytopia: Moonrise out now on Steam 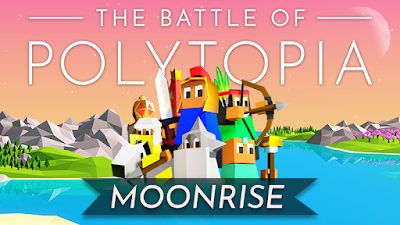 The award-winning turn-based strategy game out today on PC, Mac and Linux

Picture the scene; the Square - a bizarre, flat square-shaped planet sitting in an alternate dimension to ours and home to the Polytopians, the indigenous people comprised of 15 individual tribes whose only shared attribute is their love of fighting. Players will become the leader of one of these tribes as they attempt to build civilizations and forge reputations in competition with the other tribes.

Will they take on the role of the Imperius, highly regimented, bureaucratic artisans known for their winemaking prowess? Perhaps the Oumaji, a desert dwelling nomadic tribe with a reputation for lightning fast raids on their enemies as well as top-notch animal husbandry skills? Or maybe the business driven, materially wealthy Luxidoor whose tea ceremonies are legendary!

Featuring deceptively deep 4X gameplay across both single player and online multiplayer, The Battle of Polytopia: Moonrise also has auto-generated maps, configurable map types of different sizes, as well as three game modes to ensure that every playthrough will feel completely fresh and new.

The Battle of Polytopia: Moonrise is available on Steam at https://steam.midjiwan.com

For more on the game visit the official website at https://polytopia.io

Email ThisBlogThis!Share to TwitterShare to FacebookShare to Pinterest
Labels: The Battle of Polytopia Moonrise 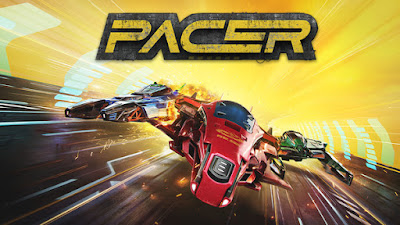 The start line is in sight for R8 Games’ high-octane anti-gravity combat racing game PACER. Coming to the PlayStation®4 computer entertainment system and PS4 PRO, the Xbox One family of devices, including Xbox One X, and PC via STEAM on September 17, 2020.

PACER is an explosive anti-gravity combat racing game where players can race in a variety of single player modes or with up to 10 players via online multiplayer.

*Highly customizable craft – choose from five craft types, then head to the garage to fully customize your look, performance tuning and weaponry
*Race the world – with 14 unique and challenging tracks with interchangeable variants (Night, Mirrored, Reverse) giving up to 8 different ways to race any given circuit
*Choose your mode – with 8 game modes including Elimination, Endurance and PACER’s unique ‘Flowmentum’ and Battle Royale inspired ‘Storm’ modes.
*Campaign mode – develop from a trainee Pilot and advance through 10 unique race teams to become the PACER world champion.
*OST – featuring original tracks created by Tim Wright aka CoLD SToRAGE
*Optimised for Online – with 10 player multiplayer, Online Ranked Mode to see how you compete against the best in the world and Online Tournament/Spectator Mode for easy streaming and fun events at all levels

“PACER is the fastest and most explosive game of its kind and we’re super proud as it prepares for the start line,” said Steve Iles, Senior Producer, PACER. “Whether you’re into single player campaign play or inviting all your friends for multiplayer mayhem, it’s all here. Or if you’re daring and like a challenge, try our thrilling Battle Royale inspired mode, ‘Storm’.”

2075: The PACER World Championship has become the new apex of anti-gravity motorsport, delivering high-speed racing across the world’s most dangerous and challenging circuits. Corporations from all over the globe race against each other in a battle of technical and piloting prowess with the aim of winning the championship and achieving ultimate victory.

Engage in high speed combat racing to an incredible soundtrack, featuring original tracks by CoLD SToRAGE, and an extensive licensed library including Dub FX, Ed Harrison and many more.

PACER is part of the Xsolla Funding Club, a matchmaking service connecting video game developers with investors at no cost. The game has also integrated multiple Xsolla products from In-Game Store and Player Inventory to Partner Network and Site Builder, to help market and launch the game across all platforms.

Email ThisBlogThis!Share to TwitterShare to FacebookShare to Pinterest
Labels: PACER

BRUNCH CLUB Arrives on Xbox One and PS4 on 11 August

Brunch Club tasks players with working together to play a specific role on the dinner table as they all come together to make fry ups, BBQ feasts and snacks. Except these mealtimes contain unique hazards that will keep players on their toes. Whether avoiding sniper fire in Fry Hard or waiting for the ever-changing seasons in Game of Cones, each level will force family and friends to be on their toes to achieve the quickest time to place on the global leaderboards.

Players can also settle those dinnertime family grudges in the competitive VS Mode. Or relax a little in the Brunch Club arcade with its fun, competitive mini games. Whether staying clean and navigating through checkpoints in Five Second Rule or Slamming, charging and dodging your way to sumo victory in Riceball Rumble, there's something for everyone to enjoy.

In addition to its launch on PlayStation 4 and Xbox One, a new update for Brunch Club on Nintendo Switch and PC will see a host of additions coming to all versions of the game including:

A newly updated Arcade Mode
New competitive mini games
New difficulty progression for every level
A number of level tweaks and mechanical changes across all modes to ensure a smooth experience
New language options to ensure Brunch Club is more accessible than ever
Brunch Club will launch on Xbox One with a special launch day discount of 10%. Players can pick up Brunch Club on Switch for 30% off and for 50% off on PC as part of the Tiny Teams Festival Sale. 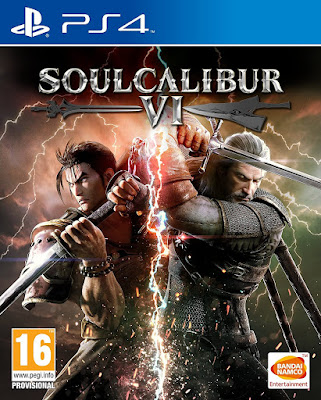 "Setsuka is returning to the Stage of History! Flower petals will scatter across the battlefield when DLC 11/12 arrives August 4th, 2020.

Also arriving is a free content update which will include 2 new stages, Setsuka's classic costume, and a new Grøh episode. Does your soul still burn? bandainam.co/soulcaliburVI"

Sharpen your swords, put on your armour and get ready to fight. SoulCalibur, the game that defined weapon-based 3D fighting games is back! Two decades after its first iteration, SoulCalibur VI returns to its roots while bringing brand-new gameplay features to the fight. Travel through the signature 16th century stages and experience the struggle for the two legendary swords using a complete roster of returning iconic SoulCalibur characters, along with some newcomers! SoulCalibur has never looked more dynamic or dramatic, intensified with eye-popping graphics powered by Unreal Engine 4.

The Marvel’s Avengers Beta offers a slice of what you can expect from the full game, including the original narrative, co-op missions, hero & world progression, War Zone exploration, & more!

A large part of this episode focused on the our upcoming Marvel’s Avengers BETA. As a recap, here is when you can get your hands on it, starting next week!

·August 14-16: PlayStation Advantage Open BETA & Xbox/PC Closed BETA: The second BETA weekend will be open to the entire PS4 community as part of our PlayStation Advantage partnership. Additionally, those of you who have pre-ordered Marvel’s Avengers on Xbox or PC will be able to jump in and play. Pre-load will be available on August 13.

·August 21: Open BETA for All: August 21 – 23 will give all fans across all platforms a chance to jump in and play the Marvel’s Avengers BETA! Pre-load will be available on August 20.

You’ll need a Square Enix Member’s account to participate in the Marvel’s Avengers BETA, which we use to validate pre-order codes and content, as well as to deliver post-launch goodies, like new heroes, new missions, and new regions at no cost.