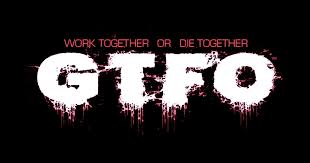 Check out an early look at GTFO, a survival horror FPS from developer 10 Chambers!

he Chicxulub Crater was formed 66 million years ago by an asteroid strike which resulted in a mass extinction that wiped out the dinosaurs. A team of scientists has a plan to drill for rock samples in the area. Only to be discovered, they have unleashed an unimaginable nightmare awaiting to roam the world.