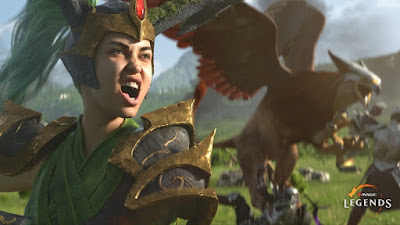 Prepare to save the Multiverse in Magic: Legends, set on the iconic planes of Magic: The Gathering. Battle against some of the Multiverse's greatest threats yet as a powerful, spell-wielding Planes walker.

An ancient force moves in the darkness and it’s up to you to walk the planes and gather the power needed to fight. Choose your path through the planes,collect spells to create powerful spell hands, and control the chaos of battle as you fight to save the Multiverse from its greatest threat yet.

Coming soon to Xbox One.