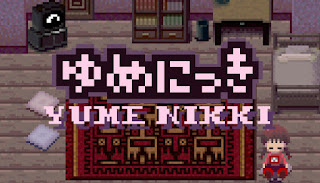 Yume Nikki is a twisted game that was first released in 2007.

The premise: To walk through a dream world.

There are no objectives or story other than to walk.

The majority of this masterpiece is shrouded in mystery. Those who venture forth will not find lucid answers to their journey. The spectacle of this game’s bizarre environments and rationale-defying effects has been met with indecisive, yet resounding speculation from players the world over about the lore that drives it.

Even today, more than 10 years after its original release, Yume Nikki still captures players and inspires developers, leading each one into a mysterious dark dream world.